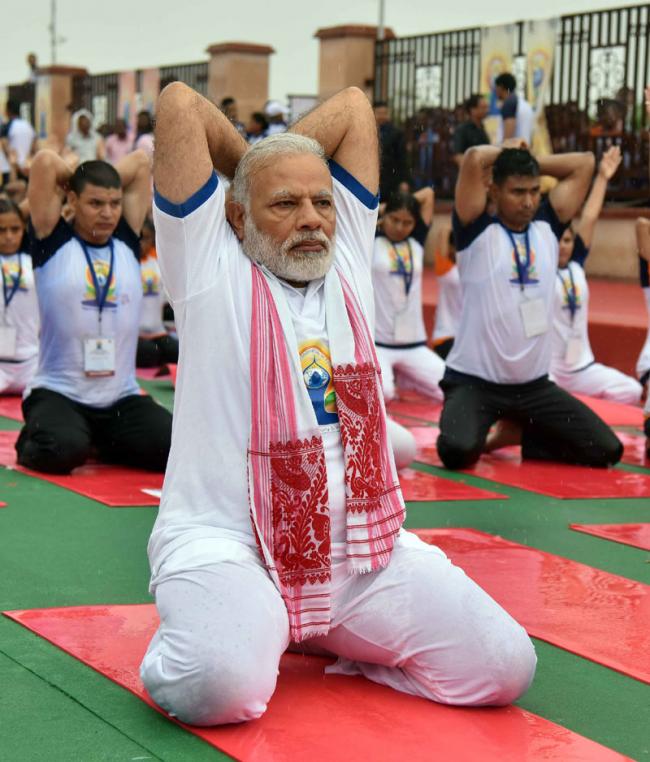 With the International Yoga Day giving further impetus to the popularity, yoga is increasingly becoming ‘new currency for fitness’.

The current demand for yoga gurus is about 5 lakhs in India and this has also translated into greater enthusiasm to take up yoga as career, adds the paper.

The scope of yoga as career is a wide canvas from opportunities to work in nature resorts to schools, to fitness centres to your own studios to even becoming personal yoga instructors of celebrities, reveals the its paper conducted by the ASSOCHAM Social Development Foundation (ASDF) in major metropolitan cities.

Fitness institutes, yoga ashrams, and independent certified yoga therapist, offer a number of yoga courses from short-term introductory courses to long-term courses, to those for becoming yoga instructors. The footfalls to these places have witnessed a quantum increase, and yoga’s image has changed from traditional and uninteresting to that of being trendy.

Majority of people are ready to shell out money from Rs 5,000 month to Rs 25,000 month – for yoga classes, as they consider it an investment for their physical, mental, and spiritual well-being, reveals the paper on International Yoga Day.

As per the findings, there are different styles of yoga in India. Hatha, Iyengar, ashtanga, vinyasa are some of the styles and each of these require separate training. Teaching in schools, colleges or corporate instructors, work in hospitals, rehabilitation centers or in the preventive medicine department is becoming famous, adds the ASSOCHAM paper.

As per the paper, with yoga gaining popularity around the world, there’s a shortage of trained yoga instructors around the world. The popularity of yoga amongst celebrities makes teaching yoga an even more lucrative profession. Yoga teachers can charge any rate for private classes depending upon their number of years of experience,” adds the paper.

Today, yoga is an intrinsic part of lifestyle for people across the country, and the growing number of yoga studios and personal yoga coaching classes are a testimony to this trend.

The demand for yoga teachers is at an all-time high in Southeast Asia and India has emerged as one of the biggest yoga teachers’ exporters to Southeast Asia as well as China. An estimated 3,000 Indian yoga teachers are teaching in China and most of them belong to Haridwar and Rishikesh, which are said to be the yoga capital and home to various yoga schools.