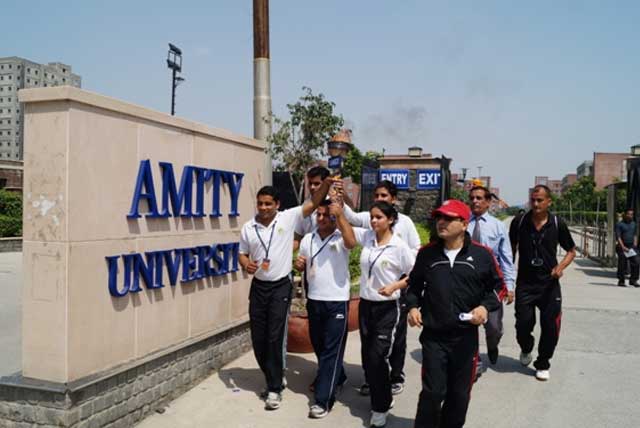 What is Good About Indian Education System?

India Blooms News Service | | 22 May 2017, 01:38 pm
#Education, #IndianEducation, #DistantEducation, #NEET, #AvishkarYojana, #BTech
Talking about the situation of Indian education system, most of us get into the war of words. There has been a lot of criticism surrounding the status of education in India. But interestingly, whenever a debate is initiated, often do we jump on to the negatives only, i.e., from faulty scoring and evaluation to education being equated to mere business propaganda.

It is said that a coin has two sides, similarly this issue also has two stories to tell. Since cons have been, elaborated many times. It is time we take a look into some positive aspects of the education system which has delivered geniuses across various fields.

To begin with the fundamental knowledge, Indian education system primarily focuses upon strengthening foundation of the concepts. It is highly appreciative that the teaching and education departments across the country focus upon inculcating basic knowledge into the minds of the students so that they turn out to be practically sound, thereafter. If the roots aren’t strengthened at the initial stages of education, it will be pointless to talk about applications and practical implementations at the higher stage of education.

The other very important aspect to acknowledge is the cost of education for both secondary and higher education. Universities and Institutions established in European or American countries fetch hefty amounts from the students enrolling themselves, whereas it is comparatively cheaper to study in India.
As per the statistics, a B.Tech program in India costs nearly 5-6 lacs rupees whereas course of similar nature can be pursued in USA by paying approximately $1,00,000.

What we need to know!

It is general tendency of the people of our nation to idealize European or American culture in every aspect. But hardly do they realize that there were and currently are, major loopholes in their education system as well. It is very important to know that merely education does not affect the system as a whole but also, the transition has to be looked into.

Taking a cue from the recent happenings in Universities and Institutions across Brussels we can form the actual comparison and analyze the overall situation. Off lately, they have been facing the problem of student-teacher ratio, quality education and most importantly employment after acquiring knowledge, reason being, medium of education.

It is observed that multiple languages have been taught in a university itself and students enrolled there have to learn concepts in a new language. This leads them to ignorance towards their own language. Owing to this difficulty, one of the students reported that she could not continue higher studies in her hometown.
Compared to the situation in Brussels, Indian government took a huge step to bring culturally and lingually diverse medical aspirants under one umbrella. NEET exam, from this year onwards, is conducted in 10 languages which enables applicants from different states to sit for the common entrance exam.

Although many challenges have been hampering this sail, yet as a developing economy, the government is trying to strike a balance. There is a need to invest heavily into the education sector but at the same time, many other fields have to be acknowledged. Looking at the current situation, Indian education needs an investment of over 2 lac crore rupees, however only 72, 394 crore rupees have been allocated to this section of our economy.

Since Government of India has been facing problems similar to the other nations, efforts are being made to smoothen this transition by generating employment opportunities alongside educational competence. Therefore, many schemes are under process such as National Scheme of Apprenticeship Training, Support for Distance Education and Learning, Uchchatar Avishkar Yojana, etc. These programs strive to spur innovative instincts of students as well as the faculty and achieve coordinated action between academia and the economy of this country.