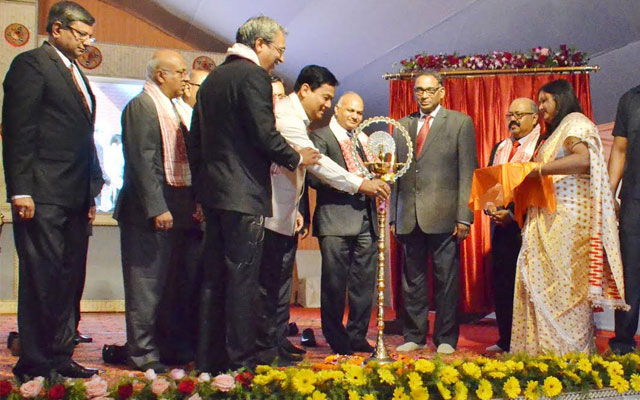 “Relentless efforts of all stakeholders led to the culmination of the NLUJA and I hope that this institution will cater to the need of quality legal education in Assam,” the Assam CM said.

Lauding the role of judiciary in keeping the administrative machinery on right track through various significant pronouncements, Sonowal commented that members of the judiciary must ensure emancipation of last man unto death, which will further entrench people’s faith in the democratic system and immensely help in establishing Rule of Law.

Further stressing on the need to create an environment where the citizens become more aware about the legal system and make them more conscious about their Rights, the Assam CM urged the judicial fraternity to initiate positive steps in the regard.

Sonowal also emphasised on convergence of technology and the judicial system and advised the law students to be more abreast with new age crimes such as cyber crime, financial crime etc. and urged the students to take the calling seriously and focus more on research in legal education. 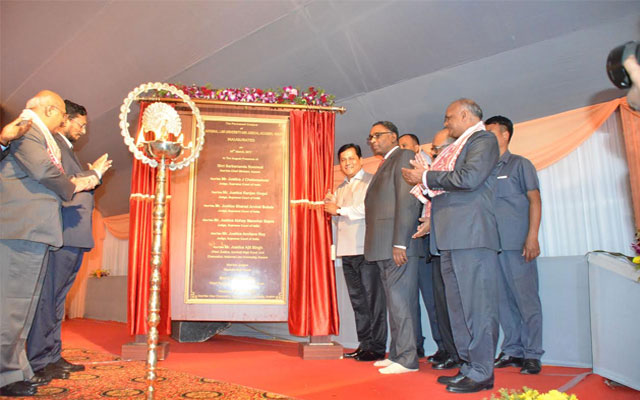 Sonowal also thanked the Chief Justice of Gauhati High Court Justice Ajit Singh for designating the senior most Addl. District & Sessions Judge in the several districts of the state as Fast Track Court for trial of offences under the Wildlife (Protection) Act, 1972.

Former Chief Justice of Gauhati High Court and presently Judge of Supreme Court of India Justice J. Chelameswar while speaking on the occasion highlighted the background that led to the setting up of National Law University in Assam.

Appreciating the role of legal education in establishing and nourishing the spirit of democracy, Justice Chelameswar lamented that the nation has yet to fully understand the basic tenets of democracy. 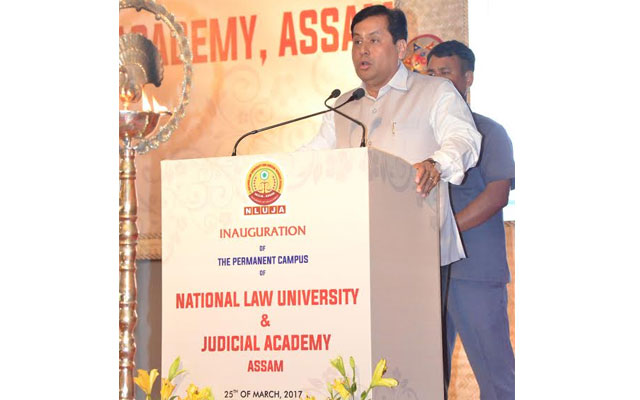 “Indian democracy is in a nascent state and for making people understand the content of constitutional culture, young generation will have to play a significant role,” the Supreme Court Judge said.

Referring to the legal system as an important constituent of constitutional governance, Justice Chelameswar advised the law students not to be swayed away by precedent culture and to devote quality time on analysing problems.

He also advised the practising lawyers and judges to improve efficiency level to reduce pendency of court cases. 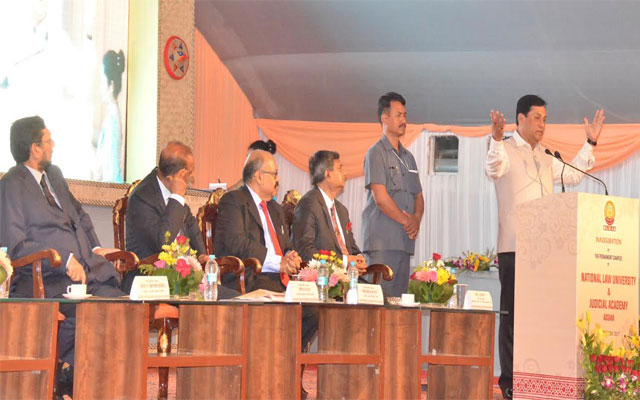