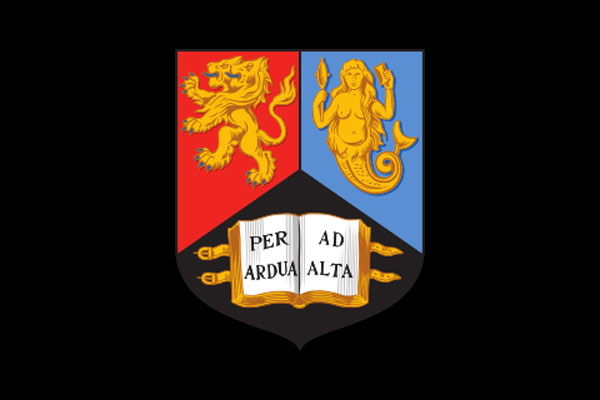 Professor Sir J. Fraser Stoddart received the award for work done in the 1990s, when he was Head of the School of Chemistry at the University of Birmingham.

The Nobel Prize was awarded jointly to Sir Fraser along with Jean-Pierre Sauvage and Bernard L. Feringa, for their work into the design and synthesis of molecular machines. Their work has ‘miniaturised machines and taken chemistry to a new dimension,’ according to Nobel judges at the Royal Swedish Academy of Sciences.

Sir Fraser’s contribution to the research involved the development of a mechanically-interlocked molecule called a ‘rotaxane’, achieved by threading a molecular ring on to a dumbbell-shaped molecular axle and demonstrating that the ring was able to move along it. Among developments based on his work on rotaxanes are a molecular lift, a molecular muscle and a molecule-based computer chip.

The award brings the total number of Nobel Prize winners from the University of Birmingham to eleven, and is the third received in the field of Chemistry.

The legacy of Sir Fraser's chemistry at Birmingham still continues today through the Biomolecular, Supramolecular and Nanoscale Chemistry Research Unit, one of the four research units within the University’s School of Chemistry.

"The School is delighted that Sir Fraser and his research has been rewarded by the highest scientific honour of the Nobel Prize in Chemistry, an award that is much deserved by him for his dedication to science.  He has inspired countless young people, during his five-decade career to date, and I am sure he will do so for many years to come with his boundless energy and love of Chemistry," said he.

Professor Andy Schofield, Pro-Vice-Chancellor and Head of the College of Engineering and Physical Sciences at the University of Birmingham, says:  "This is a fantastic result recognising Sir Fraser and his colleagues. Molecular machines and nanotechnology are areas of huge significance and the work that Sir Fraser began in Chemistry in Birmingham in the 1990s continues in both the Schools of Chemistry and Physics to this day. Together with the Physics Nobel Prize announced yesterday, where the key work of Mike Kosterlitz and David Thouless was also done at the University of Birmingham, these awards recognise the very great achievement of science in the UK."

Professor Sir David Eastwood, Vice-Chancellor of the University of Birmingham added: "Following this week’s Nobel award in Physics, this is yet another outstanding achievement for UK science. Professor Sir Fraser Stoddart’s work whilst at the University of Birmingham laid the foundations for the creation of almost unbelievable machines built out of molecules and much smaller than a human hair. We are very proud of Sir Fraser's legacy at Birmingham in both nanochemistry and supramolecular chemistry, which still continues today through research in our School of Chemistry, which Sir Fraser led during his time here.”