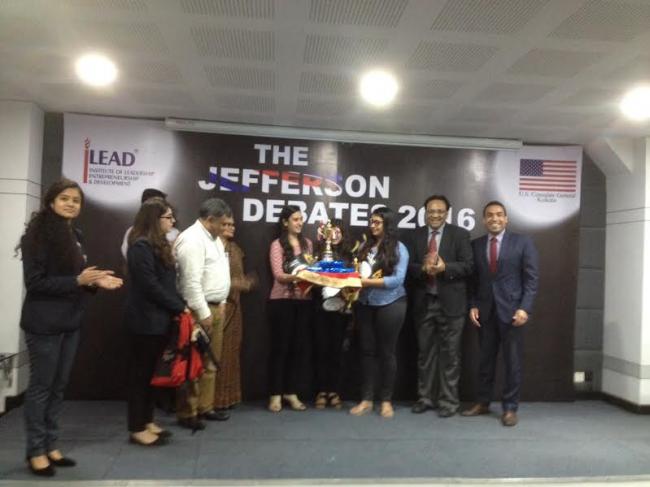 Leading Kolkata colleges battle it out at the Jefferson Debates

Moderated by Deputy Public Affairs Officer of the U.S Consulate Kolkata, Greg Pardo, arguments both for and against the topic saw participants speaking on diverse issues like rising terrorism, inequality, poverty to the role played by the media in relation to the political institutions to drive home their point.

Aishwarya from RCC IIT Kolkata stated “personalities are in fact the centre of focus during a campaign," supporting her claim by quoting the Republican candidate Donald Trump’s extreme views on Muslims and Mexicans, which were a sharp contrast to his party and nation’s beliefs.

Srijita from Jadavpur University said, “Politics has always been issue based and not personality based." adding that Trump’s views were not simply racist or bigoted but in fact aligned with that of his party’s because they wanted to focus more on Americans and less on immigrants.

Tarunima from Loreto College began her speech by describing the concept of a political system, saying that it does not exist in a vacuum, and emanates from society itself, while a political platform essentially implies a document that is the party’s ideology.

Opposing her was Anisha from iLead who said, “The presidential system cannot survive without a set of mottos, agenda, motives etc, and these are the things followed by a party since time immemorial. Presidents come and go, but these policies stay." According to her it is the party which matters and not the candidate. “However, there must be perfect synchronisation between the two for the progress of a country”, said Anisha.

Nitika, the second speaker from Loreto College, adopted a rather tongue-in-cheek attitude. She said that there is an increasing trend of memes and trolls and cartoons based on the politicians --even greater focus on their private lives than focus on the party's stand -- is blurring the lines between celebrities and politicians.

While a representative from Meghnad Saha Institute of Technology said that both personality and the political platform were equally important, his opponent from United World School of Business argued that it was essentially the personality who mattered the most. 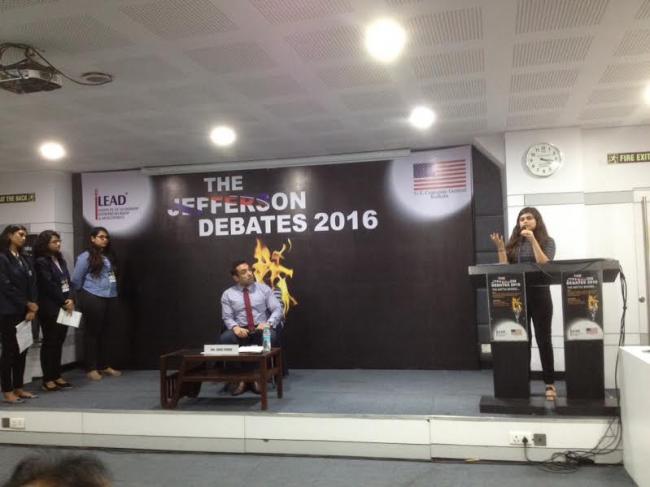 Another candidate from iLEAD speaking for the motion put forward a crucial question, “What is the difference between Barack Obama and Hillary Clinton and Ted Cruz and Donald Trump?”

“If they were from the same party and yet people were choosing between them, then it meant that they were choosing personalities than just the political party”, he said, while his fellow teammate put forth the point that if you had a leader who you could relate to, you would actually be voting for his policies and motives.

Commenting on the debate, Greg Pardo said that in reality, it was essentially a mix of both the personality and the political platform and if in some cases people were voting for a leader based on his/her personality and his/her personal  views, others were breaking away from tradition and choosing to go with the party’s policies.

"I am happy we partnered with iLead to host the Jefferson Debate. I'm even more honoured to moderate the debate between these young brilliant minds. The U.S. Presidential elections do serve as an example for the world and it's great that these young students are following them so keenly," said Pardo.