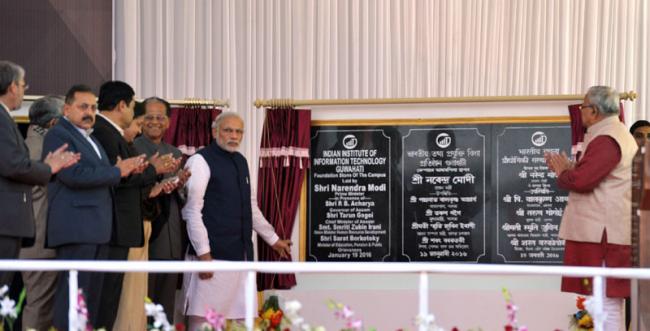 In his address on the occasion to students of IIT, NIT and central universities of the North-east, the Prime Minister said the 21st century is the century of knowledge.

He said in history, whenever knowledge has been the driving force of the world, India has provided leadership.

He added that today India is demographically the youngest country in the world, with young dreams full of energy.

He said it is now both a challenge and an opportunity for India, to once again play a leading role in the world.

He said the Union Government has focused on youth with a well thought-out series of initiatives.

He mentioned the Government’s efforts towards skill development, the Make in India initiative, and the Start-up movement.