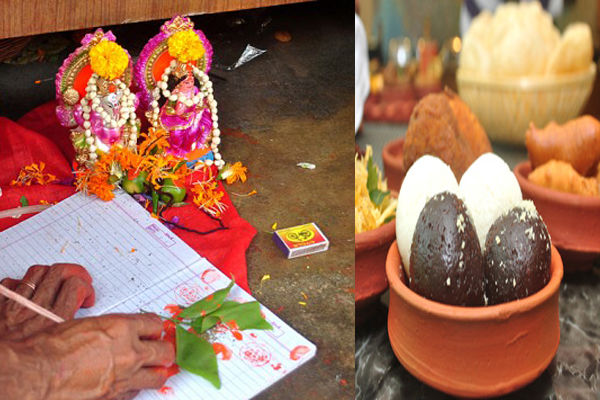 This day generally occurs on the 14th April or 15th April, and is celebrated in both Bangladesh and the Indian state of West Bengal, as well as among Bengali communities in the other Indian states, including Assam, Tripura, Jharkhand and Odisha.

The Bengali almanac, which is now in 1422th year, is loosely tied with the Hindu Vedic solar calendar, based on the Surya Siddhanta. As with many other variants of the Hindu solar calendar, the Bengali calendar commences in mid-April of the Gregorian year. The first day of the Bengali year therefore coincides with the mid-April new year in Mithila, Assam, Burma, Cambodia, Kerala, Manipur, Nepal, Odisha, Sri Lanka, Tamil Nadu and Thailand.

The development of the Bengali calendar is often attributed to King of Gour or Gauda, Shashanka as the starting date falls squarely within his reign.

In regards of relatively easier tax collection, Akbar changed the practice of agricultural tax collection according to Hijri calendar and ordered an improvement of the calendar because the Hijri calendar, being a lunar calendar did not agree with the harvest sessions and eventually the farmers faced severe difficulties in paying taxes out of season.

The Bengali New Year begins at dawn, and the day is  celebrated heavily in Kolkata and other parts with wishing, greeting and seeking blessings from elders.

Several cultural programmes are hosted in Kolkata with singing, processions and fairs dominating them.  Ladies  are witnessed clad in white saris with red borders and men clad in dhuti and kurta take part in the Probhat Pheri or early morning processions to welcome the first day of the year.

Traditionally, businesses commence on this day with a new ledger, clearing out the old debts. The shops generally organises a 'puja' and invites the customers to clear old debts.

Food is an important element of the day and several Bengali cuisines are prepared at Bengali homes with sweets being a compulsory item to go along.

On this day, people wear new clothes and go about socialising.

Choitro, the last month of the previous Bengali year, is the month of hectic activities and frantic purchases. Garment traders organise a Choitro sale to attract consumers with heavy discounts.

This day being auspicious also witnesses the start of new businesses and new ventures. The Mahurat is performed, marking the beginning of new ventures.

Long queues of devotees are seen in front of the Kalighat and Dakshineshwar temple from late night. Devotees offer puja to receive the blessings of the almighty in the new year.

Long queues are also spotted in front of restaurants and other food joints in Kolkata.