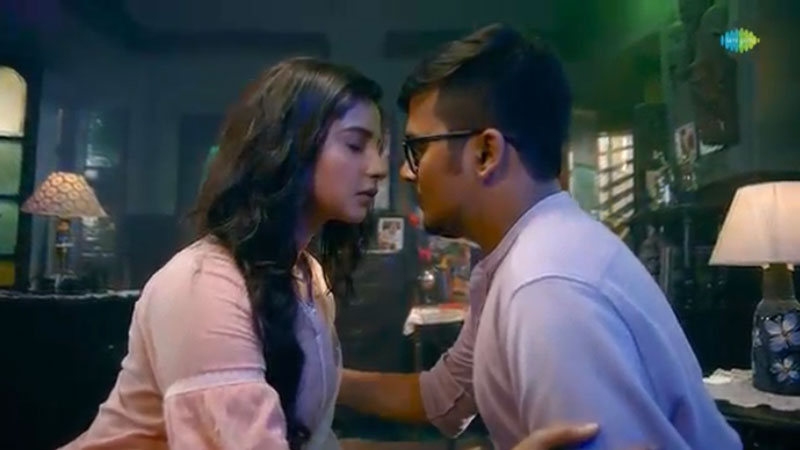 Saregama with Anupam will be releasing four songs of different genres throughout the year.

The first song, Putul Aami already released this year on Valentine's Day and the second song Darun which was released a few months ago.

Starring Rwitobroto and Angana, the song revolves around friendship and Pujo Prem (love in festive season).

The song is set pre-puja and showcases a girl and a boy played by Angana and Rwitobroto where we get to see them as friends and then the boy slowly starts having a feeling towards the girl, who reciprocates later on.

"The song talks about Pujo prem. Ga Chhunye Bolchi being the hook line is something which we all have told at some point in our life or maybe still do so.

Directed by Rohan Basu, Ga Chhunye Bolchi is streaming on the YouTube channel of Saregama Bengali.