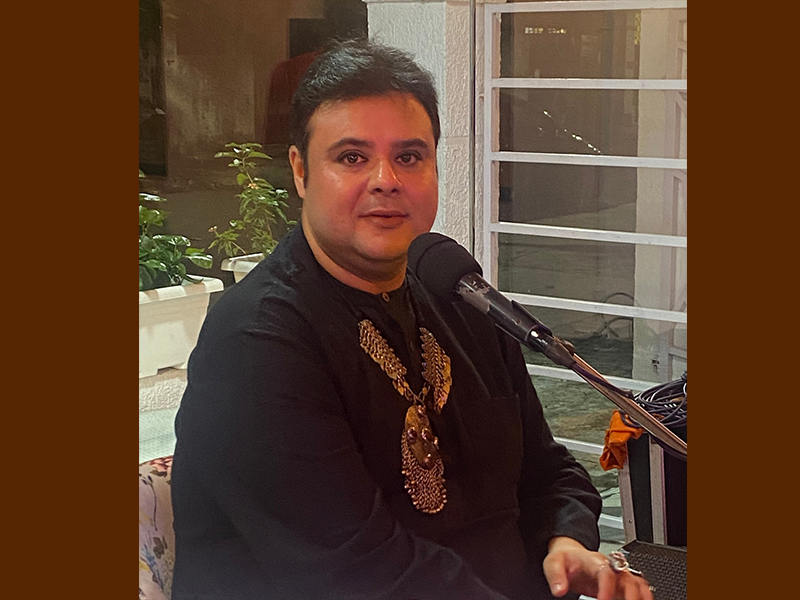 Kolkata/IBNS: Interdisciplinary artist Sujoy Prosad Chatterjee has performed some of the Tagore songs on the occasion of the death anniversary of Nobel Laureate poet Rabindranath Tagore.

Speaking on the occasion, Sujoy says, "Many years ago I started the trend to perform in cafes. I brought Tagore and arts to these places as I realised I was developing a newer and younger audience here.

"On his (Tagore’s) death anniversary today, my program is journeying through literary pieces mostly in Bangla."

Mou Ray, the proprietor of the Blue Moose cafe, stated that, "We are a new cafe, we wanted to host a cultural event which is close to Bengalis’ hearts. They love Tagore’s songs and poems."