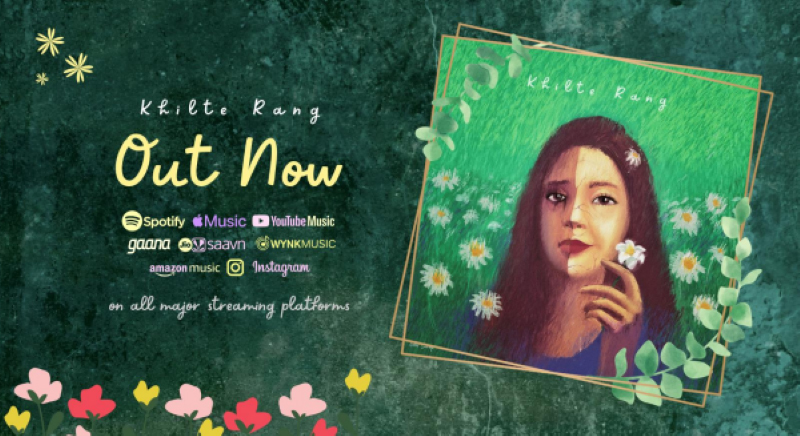 Translated to “blooming colors” in English, the song is the artist’s dedication to the several (often complicated) layers behind the ever so resilient smiles of the women in his life.

The artist himself was struggling with personal issues, when a conversation with a friend (who happened to be going through hardships of her own) left him awestruck.

“Always happy on the surface, my friend made him realize the power of a simple, honest smile,” he shares.

Nikhil went on to look deeper into the lives of the women he cares about - only to realize the sheer power it takes for all of them to always seem happy on the surface while fighting so many battles on a daily basis.

Inspired Nikhil wrote this song as a letter to his future daughter, who he hopes can also learn from the stories of these incredible women on days when things are difficult.

“Khilte Rang is very special to me. I wrote this song from a very personal space with just a pen, paper and ukulele based on my experiences as an onlooker, friend, brother, son, grandson, uncle, colleague, employer etc. I’ve grown up around many women - from my grandmother, mother, sisters, nieces to many friends as well.

"I’ve seen their journeys and I only wish I was half as strong as most of them. I’ve always wanted to have a daughter one day and I hope that the women I’ve written about inspire her the way they inspired me,” he says.

“The artwork of the song, Illustrated by Goutham Othayoth ended up being such a brilliant visual portrayal of the concept. You see a woman holding up a mask of happiness, only to see the cracks on its surface when you look closer.”

The music video for the song documents extraordinary stories of ordinary women and offers a glimpse into both their struggles and joys.

On this, Nikhil expressed, "I hope my future daughter can look back on these stories — especially my grandmother’s — as more than mere anecdotes."