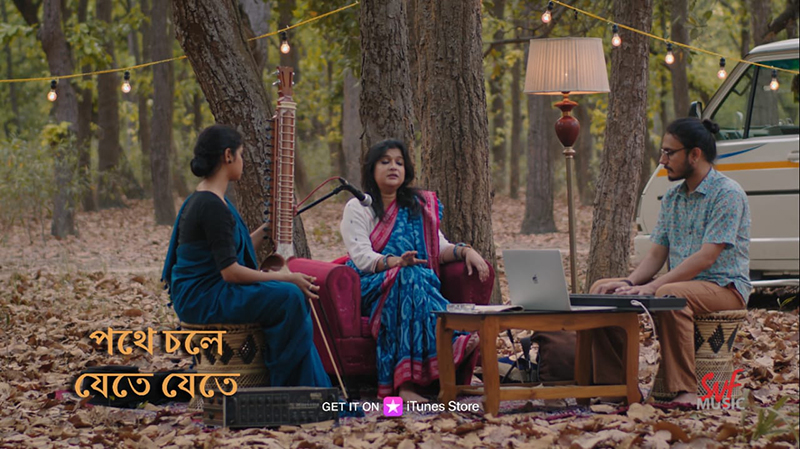 This latest retelling of the song has been done by Samantak Sinha, and sung by Sahana Bajpaie.

The music video of the song has been shot in the hinterlands of Tagore’s beloved second home, Shantiniketan.

Shot in one of the most iconic heritage buffs of Bengal, Shantiniketan, the beauty of the song enhances with the music video, igniting the feeling of love and spirituality in the audience's minds.

Speaking on her working with SVF, Bajpaie says, "In the past, we have collaborated on songs like Moloy Batashey, and Prochondo Gorjoney, which music lovers have admired greatly. I sincerely hope that people will love our latest song as well."