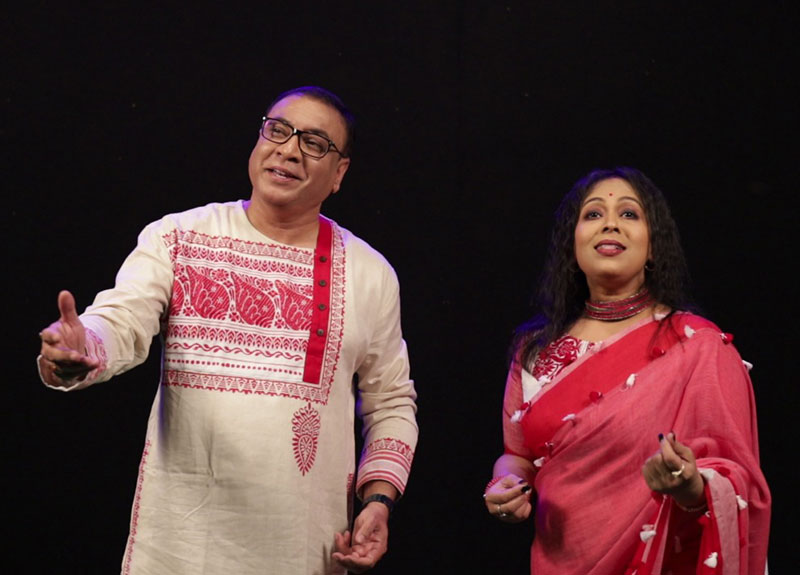 Kolkata/IBNS: Musical duo Anindya-Shelley has come up with their latest patriotic song in Hindi, which is an adaptation of the famous Bengali song -- Uthogo Bharoto Lakshmi -- by lyricist, composer and singer, late Atul Prasad Sen.

Titled 'Jagorey Bharata Lakshmi', the singing duo released the number online on January 16, 2022 as a tribute to Indian Republic Day.

The Hindi translation is by Suranjana Banerjee

The music arrangement is by Subrata (Babu) Mukherjee and the video by Milton Music.

This video is available on Srinivas Music's YouTube channel.

Kolkata-based Anindya and Shelley, who have been singing professionally as individuals for the past 25 years, have been in collaboration since 2011, bringing out music albums and touring home and abroad with their music.

Their repertoire includes a wide range of songs, including Tagore songs, modern Bengali and Hindi compositions, film songs, folk, and their own compositions.

Their debut album 'Dujone', a collection of eight Rabindra Sangeet duet songs, was released in 2014.