Her Turn On Stage

Solo acting by women performers has its own appeal and relevance which go beyond the scope just as a theatre format. Ranjita Biswas ponders on what makes it tick following the recent demise of veteran in the field, Saoli Mitra

With the passing away of thespian Saoli Mitra of Kolkata recently, a genre, i.e. solo-performance by women, has felt a big dent. 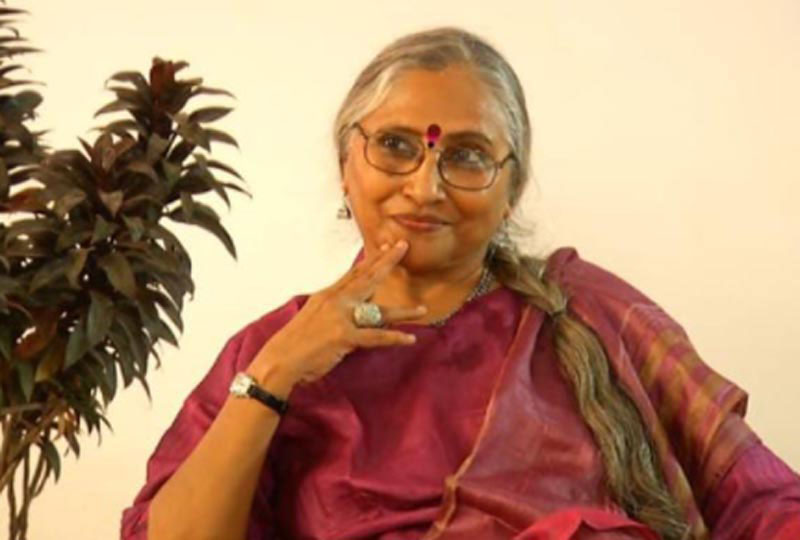 Sure, Mitra was a multifarious  artiste encompassing acting, writing, editing, etc., but any mention of her name immediately brings to mind  her trail-blazing role as Draupadi in Nathavati Anathbat (married, but without a husband) in the 1980s.

Dominating the stage in a solo act as Draupadi she dwelt on issues of patriarchal hypocrisy in the epic Mahabharata, quoting many instances where she was on her own to defend herself when even her so-called brave husbands looked on mutely.

Think of the attempt to disrobe her in public in the Kaurava’s court when she had to invoke Krishna’s help to save herself  from shame. It was only Bhim who vowed revenge and at the end of Kurukshetra on way to swarg Draupadi realises that it was he who really loved and respected her though she had put her heart on handsome Arjun. Her Katha Amritasaman also relooked at epic tales from the woman’s point of view. 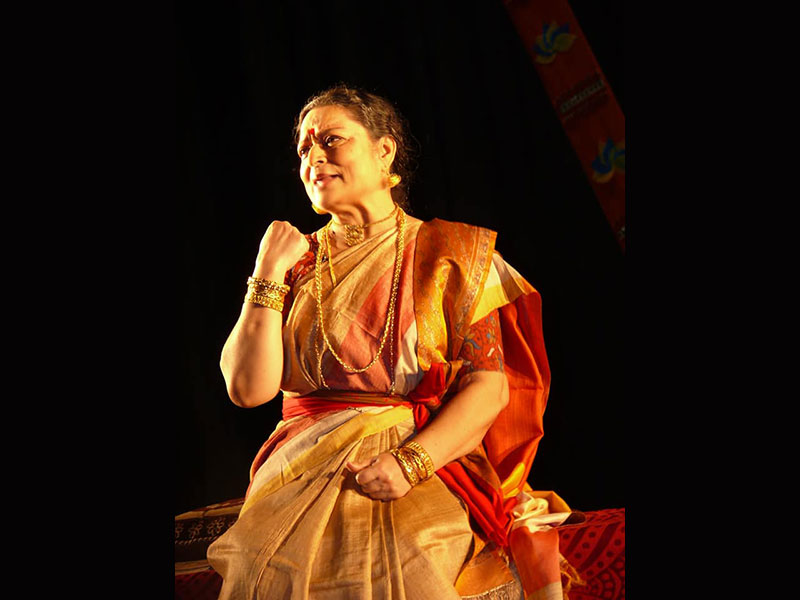 Relooking at the epics from the feminist point of view, whether through literature or theatre has given voice to many unasked questions thus making an impact on looking at women’s history.

In the 1960s, scholar Iravati Karve set a precedent of sorts when she examined the protagonists, including women, in the Mahabharata from a humanist, call it feminist, viewpoint, in her analytical essays compiled in Yuganta: The End of an Epoch.

The question arises why these solo acts by women are important while there are other platforms like ‘regular’ theatre, poetry- reading, etc. “When women and theatre come together, an inevitable magic happens. Through the magic of solo performance, women in theatre can use it to bring about awareness of critical issues and social change,” said Torie Wiggins of USA,  actor, director, voiceover artist, playwright and professor based in Cincinnati, Ohio, while giving the lecture, “The magic stands alone: the importance of solo performance for women in theatre” 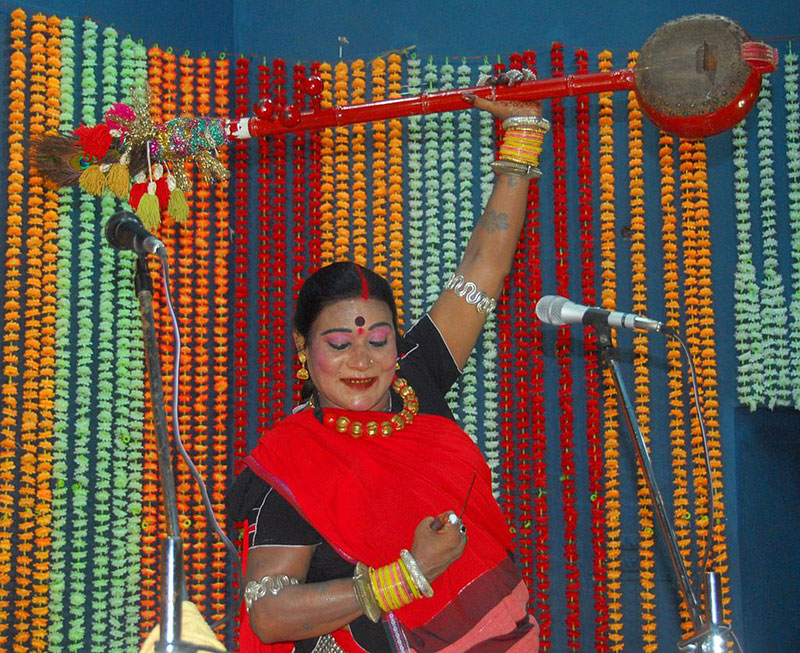 Thus when Bijoylakshmi Barman, artiste, Kolkata, moves from one role to another in her solo act Jara brishtite bhijey chhilo ((Those who were drenched in rain) on poet Joy Goswami’s lyrical play, telling an ordinary woman’s story from childhood to marriage and betrayal by her husband while all the time trying hard to hold on to her homemaker’s role in an extended family, it brings tears to many women in the audience because they can resonate with her story.

In 1996, Eve Ensler created quite a storm with her signature one-woman show, The Vagina Monologues, a series of character-driven pieces she wrote herself. Each soliloquy revealed a different woman’s experience on topics like sex, love, tenderness, embarrassment, cruelty, pain, and pleasure which were based on interviews with more than 200 women.

The stories resonated with women all across the globe, so much so that many countries had their own Vagina Monologues stage performances, including India. Today, the platform is an important component in the ‘V-Day: A Global Activist Movement to End Violence against Women and Girls’. Hearing real women’s stories also allows women in the audience to know that they are not alone in their own experience and it even helps to an extent heal their own wounds. 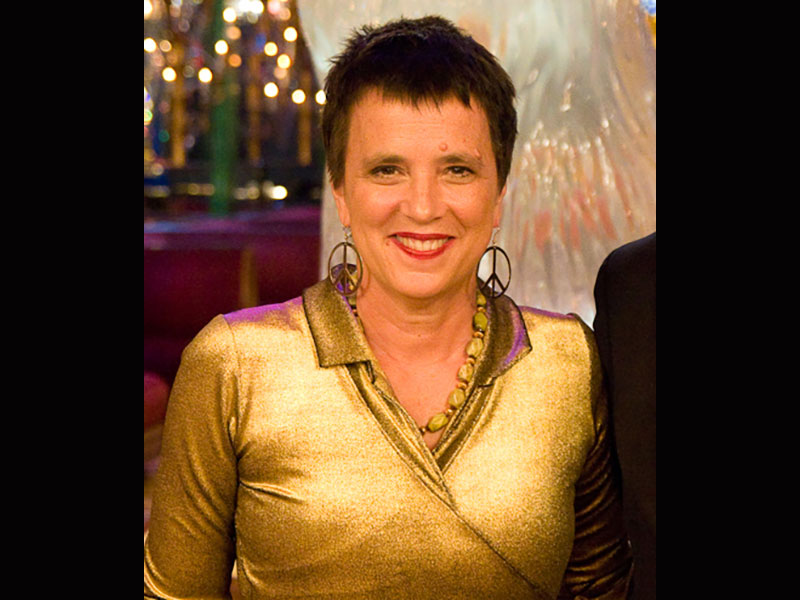 Telling her  own story is, however, not necessarily confined to urban set-ups. Teejan Bai of Chhattisgarh became famous for her Pandavani style of telling stories from the Mahabharata, smoothly transiting from woman’s roles to male ones with inflections of her voice and just a few basic props. Her story-telling of Draupadi catapulted her to fame by reaching out to a wider audience once she started performing in cities encouraged by legendary theatre director Habib Tanvir.

But while the questions Teejan Bai  throws to the audience of the ‘why’s,  that is, what’s wrong with being a woman and the unfairness of it all, she herself had to go through the  grinder before she earned the Sangeet Natak Akademi Award, Padma Vibhushan ( 2019), etc.  besides many more. Belonging to the Pardhi tribe, she was married off at 12, expelled by the community for singing Pandavani, literally meaning stories of the Pandavas, because she was a woman. She continues to inspire and train the younger generation in her unique style of performance.

In England, women were first permitted to perform on the stage in the early 1600s after the Restoration of King Charles II ascend the throne. It is believed that Emma Hamilton was the first known female solo performer, starting in 1787. Her style became known as “the attitudes.” Her performance style inspired other women to perform through the 1800s. 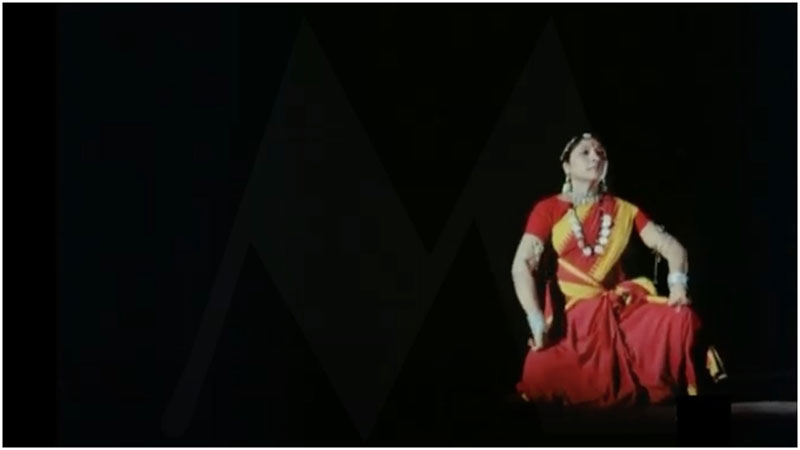 In India too women from bhadralok –genteel class, were not permitted to act on stage for a long time especially during the colonial times. In traditional plays, like those based on epics, the female roles were played by male actors.

Things have changed a lot since but a space for solo performance by women remains. It has its own language, own sensibility- a reason why many women in theatre continue to experiment with the format to tell their own stories.