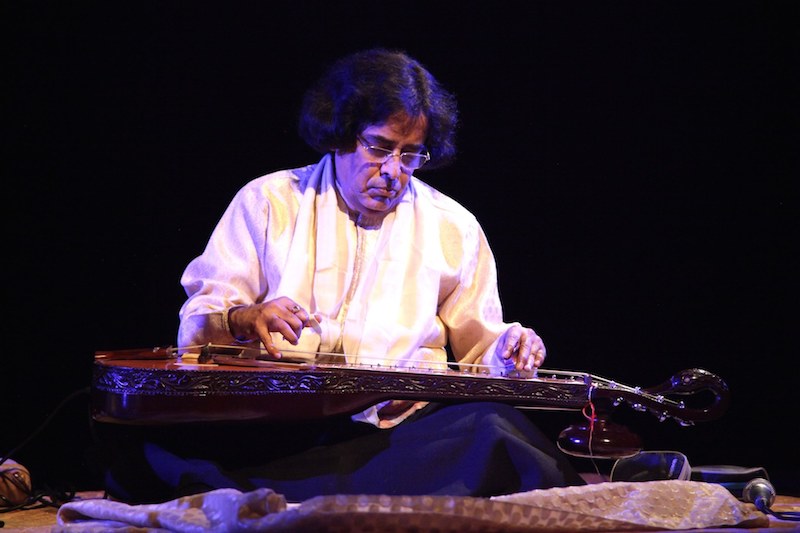 Kolkata/IBNS: Pandit Barun Kumar Pal, an exponent of Indian slide guitar Hansa Veena and one of the seniormost disciples of late sitar maestro Pandit Ravi Shankar, passed away on Monday. He was 76.

Pandit Pal died of post-stroke complications at 10 am, his family informed.

His journalist daughter Chandrima Pal wrote on Facebook, "Baba Pandit Barun Kumar Pal passed away in his sleep this morning after a valiant fight for four months. Those who wish to pay their last respects may do so by this afternoon. Keeping all protocols in mind we would like to avoid crowding."

The veteran musician was considered one of the pioneers of the Indian Classical Slide guitar known as Hansa Veena, which was given to him by Pt. Ravi Shankar on Panditji's 80th birthday.

Formerly associated with the Ravi Shankar Institute of Performing Arts in Delhi, Pandit Pal was one of the foremost musicians of the famous Maihar Gharana, established by the legendary Baba Allauddin Khan, the guru of late maestro Pt Ravi Shankar.

An artiste associated with All India Radio (AIR) and its annual iconic pre-Durga Puja Mahalaya narration (India's oldest radio show) of late Birenda Kishor Bhadra, Pandit Pal had performed all over the world, including Europe and USA.

He has also performed at the famous Womad music festival in The UK.

Closely associated with the Aurobindo Ashram Delhi, he had groomed and mentored students all over the world as a widely revered teacher.