Titled 'Figures and Forms', it showcases 25 sculptures executed by these sculptors. 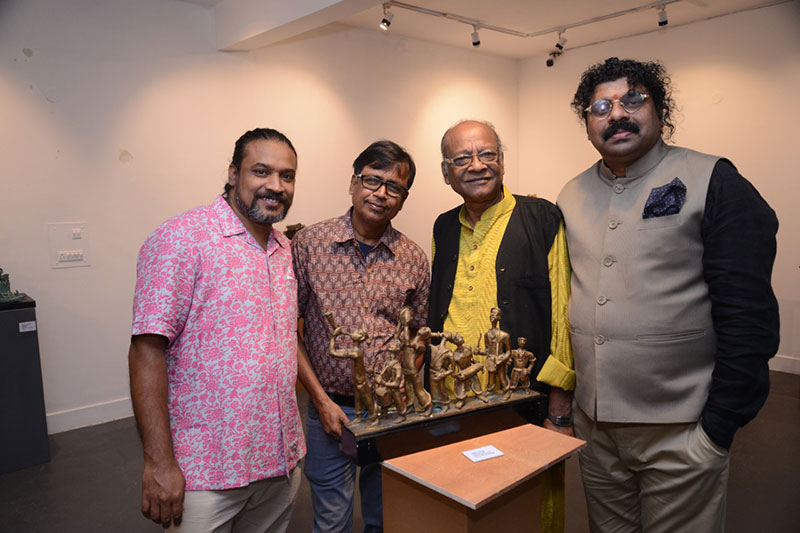 Sculptor Tapas Sarkar, who was also present at the inauguration, said the theme of the show is quite unique; it exhibits different emotions and forms of human lives which people can relate to.

Sarkar said he has presented nine sculptures in the gallery, including 'Charging Bull', 'Saraswati with Veena' and 'Way to the Dancing Ground'. He then went on to describe the sculptures, the process, and how long it took him to complete them, etc.

Artist Debobrata De, who has presented eight sculptures in this group show, said his works are based on urban lifestyle, how people are struggling to live  in the city.

While 'Adda' shows three people busy talking and apparently enjoying the time, 'Madhukori' shows how two entertaining musicians earn their living, and 'News' depicts passersby crowding around a wall newspaper (a common sight in Kolkata) and engaged in animated conversation. 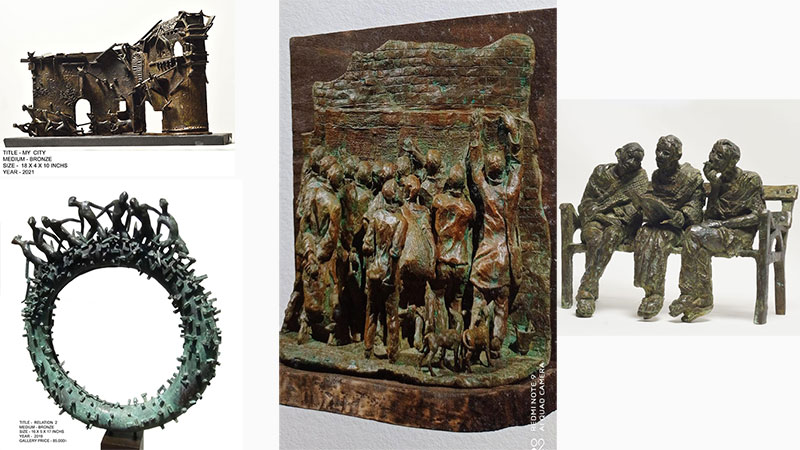 Artist Barun Pramanik said his art is based on spiritual essence as well as aspects of daily life. Partial to working in bronze, some of his displays include  crowds along Varanasi Ghats,  books, an umbrella, my city, ring and music.