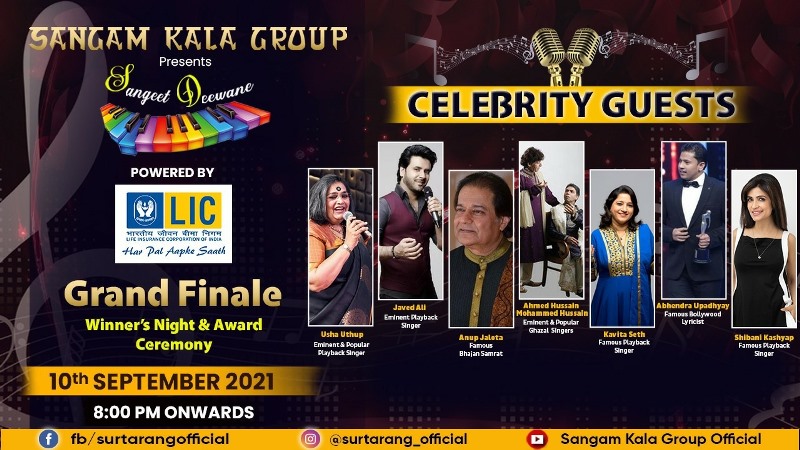 Supported by LIC, a leading Indian insurance and investment body, the audition for the competition was organised online and received a huge response from different corners of the globe.

VSK Sood, Global President, Sangam Kala Group said that age is not a factor when you are a music lover. 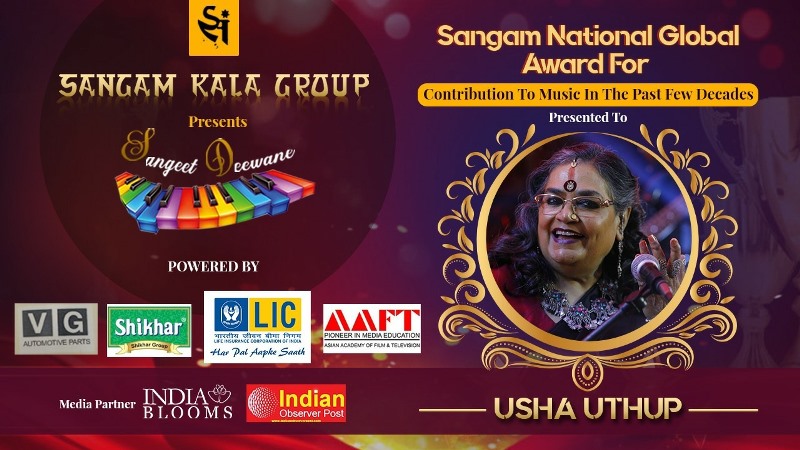 Doyen of Indian pop music, Usha Uthup, who was the chief guest for the evening, said, “I am very happy to do this kind of work – Virtual Show – it is God's grace and love of my audience and you all who have supported me for 51 years in my singing career. 51 years in the industry without a godfather and a godmother. It's really all because of you and the audience.”

“Many thanks to LIC India Forever for empowering this entire show. Sangam Kala Group is a wonderful group and I want to thank you all tonight. I know it would have been impossible for me without you all. Thank you so much for inviting me tonight and thank you to all the wonderful singers who are going to sing here. I want to wish everyone success,” said Uthup.

Winners of Sangeet Deewane were Dr. Shobhana Kashyap in the Senior Category and M N Kannanunni in the Veteran Category.

Celebrity guest Javed Ali said, “I am a big believer in the fact that some things happen with time. For years, I was planning to join the Sangam Kala Group but could not join due to some reasons. But, I think joining the group was pre-planned by some higher power. 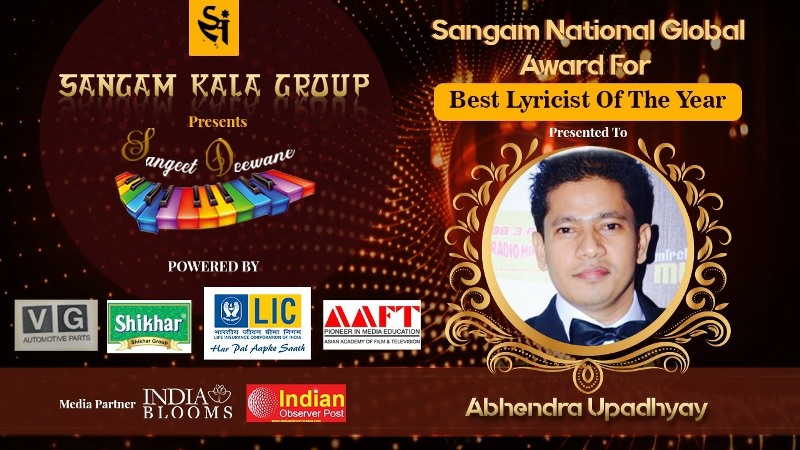 "My first award, from where my life began, and the first reality show of my life in which I had been in and participated - Sangam Kala Group - that was the first award of my life and with great happiness I had brought it at my home and even today I have treasured it.

"I am very happy that the same Sangam Kala Group is conferring on me with the award today. Wherever I have reached today, it is the result of their blessings. Thank you very much Sangam Kala Group.”

Some of them who were present at the programme were Sunil Rajoria, Rudraksha Seth Kulshrestha, Sanjay Pandey, Shiv Dwivedi, Nikhil Kapoor, Nanda Menon, Arun Nischal, Kshitij Mathur, and Rajiv Sharma.

The programme was anchored by Priyanka Arora and Vikas Jain of Sangam Kala Group.

India Blooms and Indian Observer Post were the media partners.