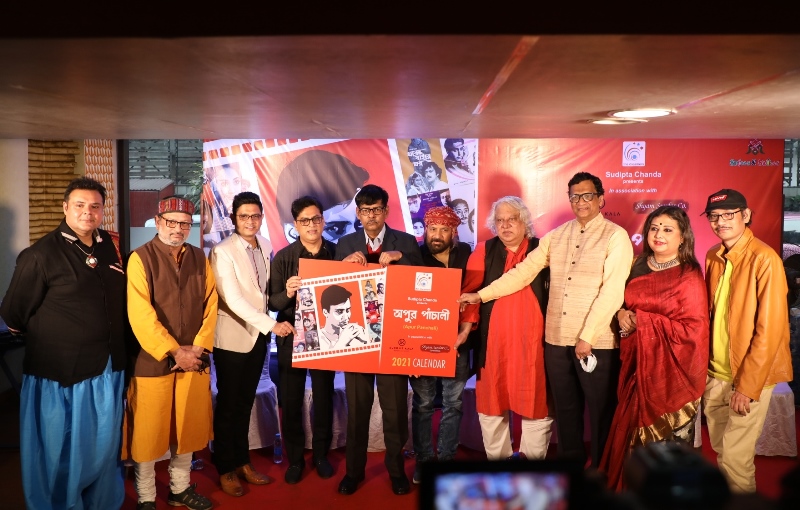 Kolkata/IBNS: Apu, Felu Mittir, Udayan Pandit, Mayurbahan, Devdas- Soumitra Chatterjee the actor was constant in his excellence with all the changing characters on screen.  While Bengalis are still coming to terms with his passing away in November last year, a wall calendar titled "Apur Panchali" in his memory was unveiled on Wednesday.

Released at Spices and Sausages (ICCR outlet), it was a venture of wealth architect  Surojit Kala, Shyam Sundar Company Jewelers (Rupak Saha, Director), and Sudipta Chanda (The Dreamers) with the support of Debasis Mukherjee.

The makers said the calendar will become a collectors item for his admirers going through the alleys of various works of Soumitra Chattopadhyay.

The calendar has movie posters, images of booklets. Soumitra used to draw very good paintings. There are various pictures starting from his self-portrait on a page of the calendar. He even wrote several books and even edited magazines like "Ekkhon".

It comprises various images of his literary works. He was a great elocutionist. Gramophone disc label of his recitation of Tagore poems besides record covers of his films also got featured in one page of the same.

All in all, this calendar has portrayed Soumitra in different styles. Sougata Chattopadhyay said," I am really happy to be here. My father's contribution is unfathomable. He would live on through his timeless works. This calendar is also showcasing his multifaceted genius.I am sure his admirers would appreciate it."