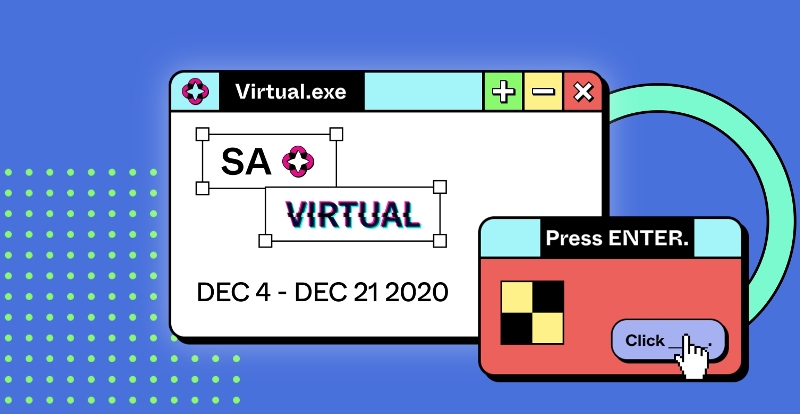 Do not miss the arts extravaganza SA Virtual in December

New Delhi/IBNS: Indulge in a fortnight of curated projects, performances, workshops, talks, engagement-based initiatives and discourse around the arts at the SA Virtual programme organised by the Serendipity Arts Foundation.

This digital art outreach initiative will be held from December 4 to 21 this year.

SA Virtual is an extension of the Foundation’s focus on expanding its digital offerings in 2020, in the pandemic situation.

The Foundation launched a number of digital initiatives this year, including SAF x You, the How to…Series, and the Memory Capsule Project.

All of the featured curators have approached the mandate of curating for an internet-based audience by transcending the traditional silos between artistic disciplines, the organisers said.

Sunil Kant Munjal, Founder Patron of Serendipity Arts Foundation, said that historically, the arts have survived perilous times and emerged stronger because of an innate ability to adapt, acclimatize and evolve.

Over the last few months, the internet surge has catalysed this evolution.

“Through SA Virtual, we have tried to draw attention to the limitless possibilities that arts as a practice and the internet as a medium can offer each other, said Munjal.

Speaking about the project, Smriti Rajgarhia, Director, Serendipity Arts Foundation, said, “As a Foundation, we believe in the power of innovation and creativity. The pandemic has given us the opportunity to find new avenues and formats for the arts.”

Shefali Munjal, Patron, Serendipity Arts Foundation, said, "This year we reimagined our initiatives, to explore arts outreach options that could go beyond the physical formats."

One of the highlights of the performances will be My story | Your story | Our story, curated by Anmol Vellani.

This project will have two performances—in live and recorded medium respectively, and an unfinished story.

Another, The Last Poet, is being curated by Amitesh Grover, as a multi-layered art form with theatre, film, sound art, creative coding, digital scenography, and live performance—to be navigated by visitors as rooms and doors leading to experiences.

Meanwhile, Mandeep Raikhy’s The Body-in-Movement is imagined as an interconnected web of thinking, seeing, making and writing.

This curatorial proposition is conceived of as a laboratory that enables a group of artists from across disciplines to think through what it means to move/create/perform in these times, what the digital space has to offer to the emergent discourse of the body, and the ways in which presence/ absence of the body is constructed and experienced within the digital web.

Additionally, the programme features Vertigo Dance Company’s performance One, One & One, choreographed by Noa Wertheim and a dance workshop, supported by the Embassy of Israel in India.

A performance of Introducing... Antigone, Interrupted by Scottish Dance Theatre will be presented during the virtual programme, with support from British Council India.

SA Virtual will also proactively engage with people from a range of demographics guided by a strong policy of diversity and inclusion and offering a selection free workshops and conversations.

Viewers will also get to attend Zoom talks and active engagements around the commissioned SA Virtual project.
These talks or engagements will be with the artists and curators who are working on the project.

Conversations also include roundtables on the iconic yesteryears arts and literary journal, The Modern Review, which shaped India’s political and cultural discourse as part of an upcoming research project called Text / Matters, and exploring the print publics of the past and present.

The official hashtag of the SA Virtual will be #PressEnterClick, and the new webpage will carry the essential details about the daily offering.

The physical edition of the Serendipity Arts Festival stands postponed, the organisers said.