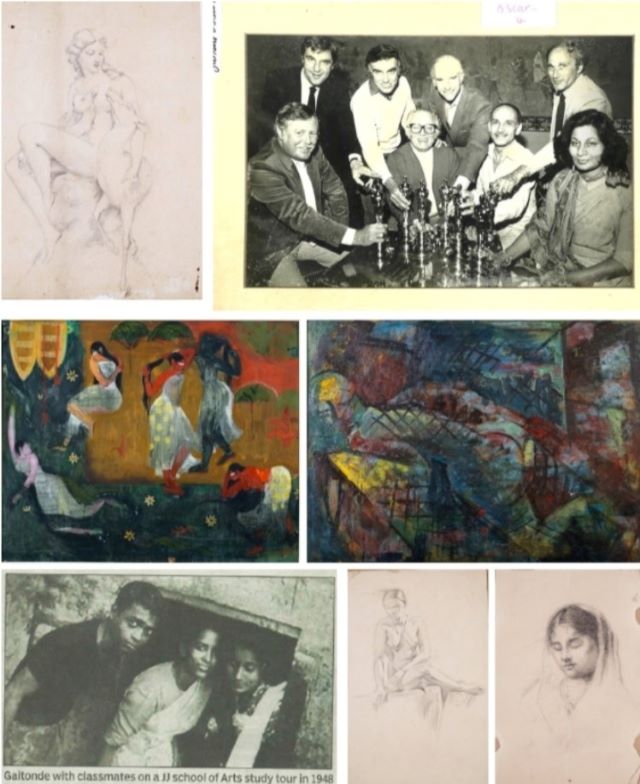 Kolkata/UNI: In the predominantly male bastion of what has been categorized as the "Progressive Artists Group" or "Bombay Progressives", the rediscovery of a suite of paintings and sketches by Oscar-winning costume designer Bhanu Athaiya (née Rajopadhye) opens up the possibility of an important reframing of a popularly held notion about the artists producing in the milieu of post-Independence, cosmopolitan Bombay (Mumbai) of the 1950s.

Athaiya, a formidable artist affiliated with the Bombay Progressives, went on to have a glittering career as a leading costume designer that included an Oscar award for her work in Richard Attenborough's Gandhi. She passed away on the 15th of last month in Mumbai.

Following months of research, including primary sources from Athaiya’s personal archives, Prinseps are set to host the first-ever auction dedicated to Bhanu Rajopadhye Athaiya’s estate, with key works of art created during her years in association with the “Progressives” group, according to a statement mailed to UNI here.

In his essay for the auction catalogue, titled “The Legacy of a Long-hidden Sun” Ranjit Hoskote - poet, art historian and one of India’s leading authorities on the Bombay school of artists - finds himself dismantling many of the ideas commonly associated with the PAG (Progressive Artists Group).

Notes from Bhanu Athaiya’s diaries have proven to be an invaluable source in this regard and have been quoted extensively in the research and essay for this auction.

Hoskote’s essay makes a strong case for re-examining the commonly-accepted framework of the Progressive Artists Group as being a self-conscious group of avant-garde artists and rather, viewing them as a more organic collective, a product of the zeitgeist.

The new framework, supported by original archival sources, creates space for figures like Bhanu Athaiya, recognising their contribution to a dynamic moment in India’s cultural history.

The artworks up for auction suggest a strong artistic talent, with paintings, watercolours and sketches executed at a high level, in a range of styles that belie the idea of a particular aesthetic or style as associated with the Bombay artists of the late 1940s - 50s.

Whilst Bhanu Athaiya’s segue into cinema was met with derision among her contemporaries (as evidenced in her diary entries), Ranjit Hoskote reads a strong feminist gesture in this move of hers, which resulted in a highly successful career.

Emphasizing upon the gravity of Athaiya’s oeuvre, in his essay Hoskote says, “When we find ourselves gazing, our breath taken away, at works like ‘Prayer’ and ‘Lady in Repose’ (both oil on canvas, c. 1950), we recognise the degree to which cinema’s gain was painting’s loss."

The "Bhanu Athaiya Estate Sale" by Prinseps stands to be a unique auction, of significant interest for academics, institutions and collectors interested in Indian modern art, the statement claimed.

The sale is set to take place on December two and will be hosted by the online auction house Prinseps. The 32 lot sale, valued at approximately Rs 3,00,00,000, carries paintings and drawings by Athaiya from the late 1940s - 50s. This is the first time that her paintings will be entering the auction circuit.