Jaipur: A short musical film “Dashobhuja” (the ten-armed Goddess) by Spagia Foundation has drawn the who’s who of the performing arts and film world to highlight the ten astras (weapons) wielded by Maa Durga in each hand and its deep spiritual meaning and message.

The film, to be premiered online in conformity with social distancing norms, is in Hindi.

The short film has been conceptualised by Ms Vinnie Kakkar and presented by Spagia Foundation.

Spagia Foundation is a social initiative by Vinnie & Saurabh Kakkar. It is trying to make a visible difference by enabling, engaging and empowering young minds with various skill development; bringing economic independence and promoting art and culture.

The film “Dashobhuja” is directed by Arindam Sil and tabla maestro Bickram Ghosh has scored its music.

While Pt Vishwa Mohan Bhatt of Grammy Award and Padma Bhushan-fame has done raag Durga for a portion of the film, Dr Sonal Mansingh has recited the Sanskrit shlokas and narration.

Singers Usha Uthup, Iman Chakraborty and Somchanda Bhattacharya have lent their voices to the short film whose script is written by Sugato Guha and choreographed by Arnab Bandhopadhyay. 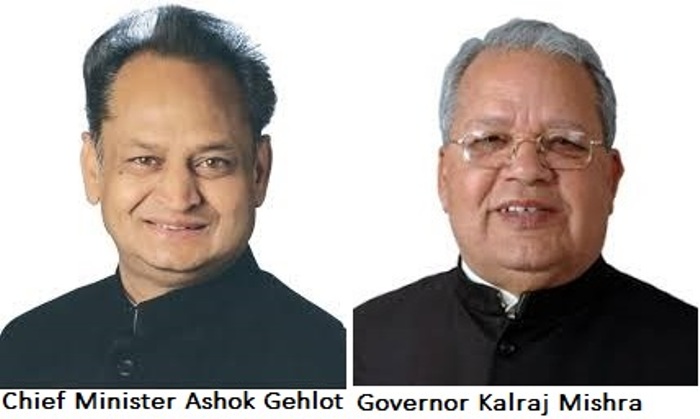 Ayan Sil contributed as the director of photography. The entire shooting was done at the Eastern Zonal Cultural Centre (EZCC) Kolkata in Salt Lake.

This year Spagia Foundation has collaborated with Kolkata’s more than 78-year-old Chaltabagan Puja for this musical film.

Ms Vinnie Kakkar, chairperson, Spagia Foundation, said, “The spirits have not dampened, the celebrations will have different flavour this year. With the global pandemic of COVID-19 the new normal is mask and social distancing. Adhering to the same, Spagia has organised virtual Durga Puja.

"In Bengali version of this film, Trinamool Congress MP Nusrat Jahan and actor Rituparna Sengupta have given the narration. We have received good wishes from our Hon’ble Governor Shri Kalraj Mishra and Hon’ble chief Minister Shri Ashok Gehlot as well as Ms Sharmila Tagore for this initiative.”

The ten astras of Maa Durga are represented by ten women. Each woman representing an astra does a performance and at the end of which they present their astra to the little girl as the “Chandi Path '' continues.

At the end of the ten performances when the little girl is presented with all the ten astras we see the idol of Devi Durga complete `Dashobhuja’ form with all the astras in her hands. The video will start and conclude with excerpts and footages from previous years’ Puja celebrations of Spagia Foundation.