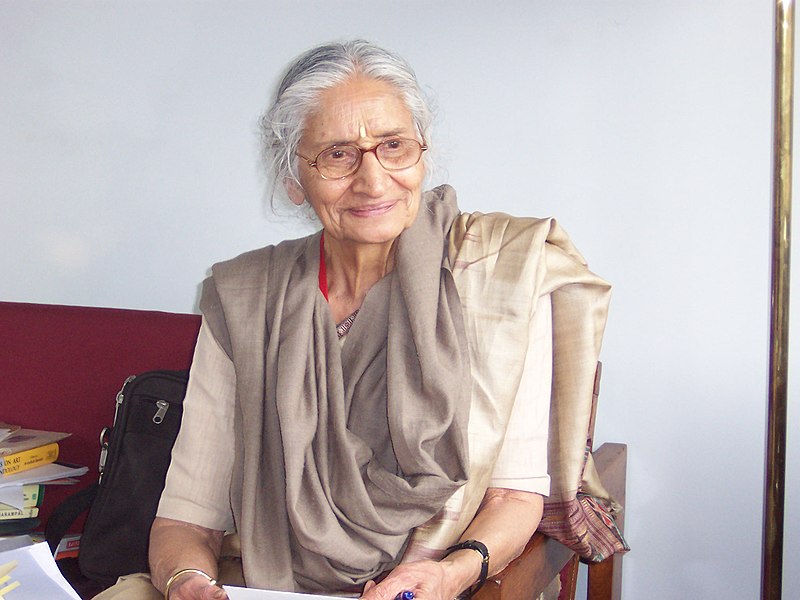 New Delhi/IBNS: Scholar, author and a connoisseur of the arts Kapila Vatsyayan passed away at her Delhi residence on Wednesday. She was 92.

A  grand matriarch of cultural research, Vatsyayan died due to age-related issues on Wednesday morning around 9 AM, her brother S.C. Malik told the media.

Her final rites were held at the Lodhi Cremation Ground in the afternoon.

Born into a Punjabi Arya Samaji family in Delhi, Vatsyayan earned an MA in English literature from Delhi University and thereafter completed a second MA in Education at the University of Michigan, Ann Arbor.

She also earned a PhD degree at the Banaras Hindu University.

She was awarded the Padma Vibhushan, India's second-highest civilian honour, in 2011.

She was also bestowed with the Rajiv Gandhi National Sadbhavana award in 2000 among several accolades she had achieved during her lifetime.

She was the founding director of the Indira Gandhi National Centre for the Arts.

As a renowned scholar of art history, architecture and Indian classical dance, she had authored  20 books on different forms of art and their histories during her long and illustrious career.

Her interdisciplinary approach in the study of Indian dance forms is considered path-breaking that not only earned them a position on the global cultural map but also paved the way for extensive research work.

On the political front, she was nominated as a member of the Rajya Sabha in 2006, though subsequently in March 2006, she resigned following an office of profit controversy.

In April 2007, she was renominated to the Rajya Sabha, with a term expiring in February 2012.

Grieving her death, politician Pavan K Varma tweeted: "She was a true scholar of the deep refinements of ancient Indian culture and civilisation. Her book "The Square and The Circle of Indian Arts" is a classic. Om Shanti."

Deeply grieved at the passing away this morning of Kapila Vatsyayan. She was a true scholar of the deep refinements of ancient Indian culture and civilisation. Her book’ The Square and The Circle of Indian Arts’ is a classic. Om Shanti. 🙏🏽

Very sad to know about the passing away of Kapila Vatsyayan, a leading scholar of Indian classical dance, art, architecture, and art history. May her soul rest in peace. 🙏🙏#RIPKapilaVatsyayan