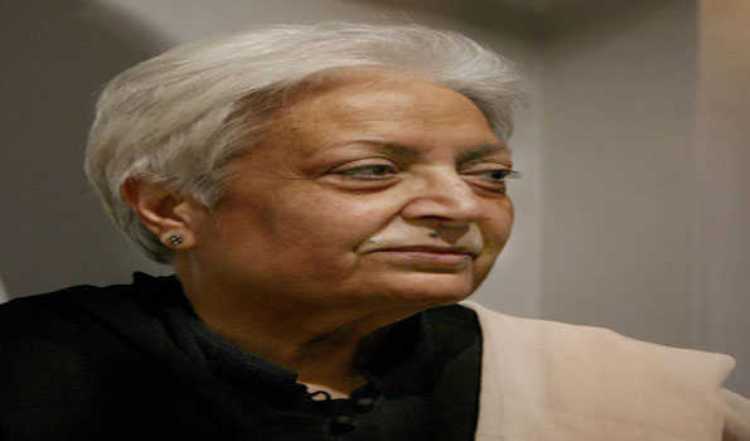 London/UNI: New York-based Indian artist Zarina Hashmi, known as the proponent of the simple and minimalist art, passed away on Saturday at her niece's home in London, following a long illness, a family member confirmed the news. She was 83.

Born in Aligarh in 1937, much of Hashmi's works are marked by the aftermath of the partition and the experience of exile. She was married to Saad Hashmi, who was in the Foreign Services, the artist travelled the world and lived in many different cities, an experience that manifested in her art.

She began to incorporate maps in her works, which expanded to include the topographical details of cities whose histories have been torn due to political conflicts-Aligarh, New Delhi, New York, Baghdad, Kabul.

"Her work can be instantly recognised through its minimalism. She said everything using the simplicity of her lines," Modi, who has known and represented the artist for over two decades said, adding that it was difficult to "quantify the loss" caused by her death.

Hashmi won several accolades during her artistic career, including the Residency Award at the New York University's Asian/Pacific/American Institute and Artist in Residence at the University of Richmond, both in 2017. She also received the President's Award for Printmaking, India in 1969.