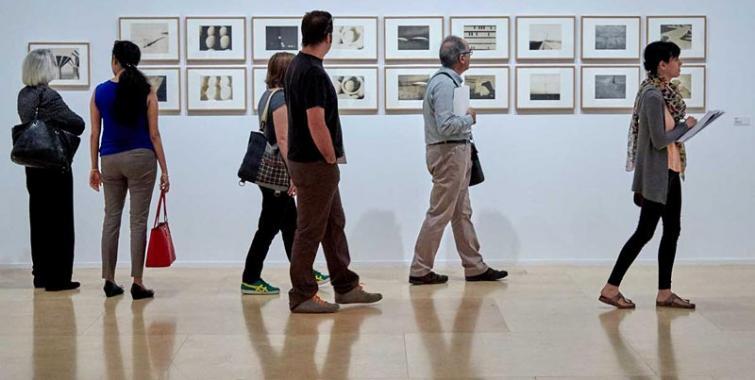 New Delhi/IBNS: An exhibition of Indian contemporary art, called 'Extension.India', scheduled to open at The State Tretyakov Gallery in Moscow, Russia, in June 2020 will now be postponed to March 2021.

The State Tretyakov Gallery is presently closed to the public until further notice on account of the COVID-19 pandemic.

Extension.India is a joint project of Kiran Nadar Museum of Art (KNMA), The State Tretyakov Gallery, and the Indo-Russian Cultural Foundation.

Kiran Nadar, KNMA founder said, “The whole world is currently waging an unprecedented battle against the pandemic; many countries are under quarantine. Under the circumstances, we have jointly decided to postpone the exhibition.  We are committed to this project and are confident that in March 2021, we will all gather in Moscow to present contemporary Indian art to Russia and the world.”

Calling the exhibition “an incredible showcase of contemporary Indian art from over 60 artists under the curatorship of Roobina Karode and the Russian team from the Tretyakov,” Nadar thanked Tretyakov’s director, Zelfira Trefulova and her team, as also the Indo-Russian Cultural Foundation Chairman Alex Popov and his team.

“I thank all those who are working hard to make this happen,” she said.

Tretyakov’s director, Zelfira Tregulova, said, “Only these extraordinary circumstances could force us to defer this important exhibition, especially after many months of work by the international team with artists from across India. However, we look forward to the opening next spring, knowing that the exhibition will break new ground in the understanding of the power and breadth of India’s contemporary art scene.”

“We are deeply grateful to our partners and collaborators, Kiran Nadar Museum of Art in Delhi and the Indo-Russian Cultural Foundation, as well as the sponsors, without whom this project could not be achieved. Above all, we are grateful to the artists themselves and all lenders. We look forward to showcasing the works that capture the fears, the strength of spirit and hopes for the future,” Tregulova said.

The State Tretyakov Gallery, founded in Moscow in 1856, is the foremost museum in the world of Russian art.

One of the largest museums in Russia, its holdings number more than 180,000 works of Russian art from all periods.

The new Tretyakov Gallery features the most complete permanent exhibition of Russian art of the 20th century as well as contemporary art and regularly presents a changing programme of exhibitions.

Kiran Nadar Museum of Art, founded in New Delhi in 2010 by Kiran Nadar, is a private museum on modern and contemporary art in India, dedicated to bringing visibility, accessibility and integrity to the diverse and simultaneous artistic practices prevalent in the South Asian region.

It has over the years built an extraordinary collection that spans across the last hundred years.

The Indo-Russian Cultural Foundation was established in 2013 in London by Alex Popov, who was instrumental in bringing the “India – Jewels that Enchanted the World” exhibition to Moscow Kremlin in 2014 and since then is active in different art and cultural projects in India, Russia and other countries, promoting knowledge and cooperation between the two countries.