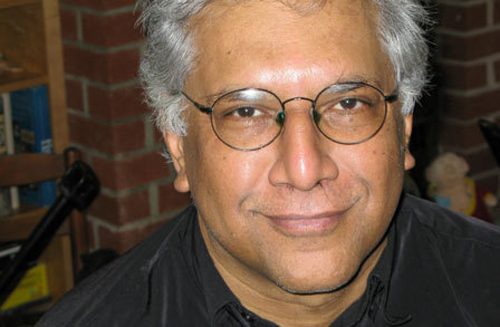 According to the official website of the prize, Seshadri was chose for a "distinguished volume of original verse."

He was awarded Ten thousand dollars ($10,000) for "3 Sections,"  (Graywolf Press), termed as a compelling collection of poems that examine human consciousness, from birth to dementia, in a voice that is by turns witty and grave, compassionate and remorseless.

Also nominated as finalists in this category were "The Sleep of Reason," by Morri Creech (The Waywiser Press), a book of masterly poems that capture the inner experience of a man in mid-life who is troubled by mortality and the passage of time, traditional themes that are made to feel new; and "The Big Smoke," by Adrian Matejka (Penguin), an imaginative work by a commanding poet who engages the history and mythology of larger-than-life boxer Jack Johnson.

According to Poetry Foundation website, Vijay Seshadri was born in India and came to the United States at the age of five. He earned a BA from Oberlin College and an MFA from Columbia University.

Seshadri is the author of Wild Kingdom (1996); The Long Meadow (2003), which won the James Laughlin Award; and 3 Sections(2013), which now fetched him the Pulitzer Prize in Poetry.

The foundation said Sheshadri has received fellowships from the New York Foundation for the Arts, the NEA, and the Guggenheim Foundation. He has worked as an editor at the New Yorker and has taught at Bennington College and Sarah Lawrence College, where he currently directs the graduate non-fiction writing program, it said.