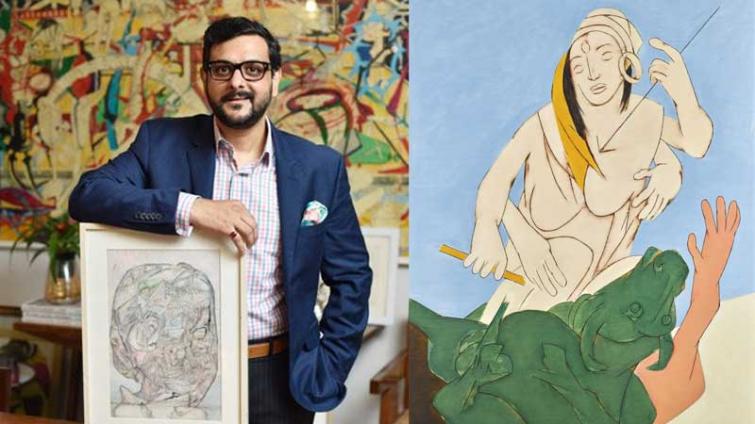 Sotheby’s has been uniting collectors with world-class art work, since 1744. Expandingits operations from London to New York in 1955, it became the first international auction house to mark its presence across multiple countries.Known as one of the world's oldest auction houses, Sotheby’s boasts of an incredible global network of 80 offices in 40 countries.

Today, the firm is well-knownfor presenting auctions in ten different salesrooms, allowing the visitors to view all the auctions live online and place bids from anywhere across the world. The auction house recently marked its presence in India with "Boundless: India" in Mumbai, led by Gaurav Bhatia, Managing Director, Sotheby’s India. Making an impact immediately, the inaugural sale featured 60 artworks, including some of the best pieces of South Asian and Western artists inspired by India.

Broadly inspired and influenced by culture, geography and the people of South Asia, “Boundless: India” brought many art collectors under one roof. Be it Tyeb Mehta'sDurgaMahisasura Mardini (1983) or The Little Girl in Blueby Amrita Sher Gil, the fantastic art works grabbed many eyeballs and the auction witnessed a total sale of INR554 million.

The event was a testament to the international presence and expertise of Sotheby's.Mulled from a long time, Sotheby’s decision to debut in India was majorly influenced by the growing presence of Indian collectors at international sales and the development of an increasingly vibrant domestic Indian art market. However, the appointment of Gaurav Bhatia was the masterstroke behind the successful foray of Sotheby’s in the Indian subcontinent.

Before leading Sotheby’s, Gaurav Bhatia had previously worked with LVMH India, heading the marketing of the renowned luxury brand in India. With 20 dedicated years in luxury and lifestyle, Bhatia hassuccessfully opened up new markets, creating new categories, working on business development, and expanding customer base across South Asia and the United States.

After spreading its magic across different parts of the world, the time was ripe for Sotheby’sto carve its niche in the Indian luxury market, with Gaurav Bhatia at the helm. The enthusiasm that was seen at the exhibition in Mumbai is likely to keep the auction house in good stead moving ahead. This is a milestone moment for Sotheby’s, as the company has harbored a vision that required great planning, determination and execution.

Sotheby’s has been instrumental in bringing international investment to the Indian art world, introducing the concept of specialist auctions covering modern and contemporary artin its debut auction. Evolving into one of the most vibrant art markets in the world, India’s potential as a South Asian giant is no longer a secret.