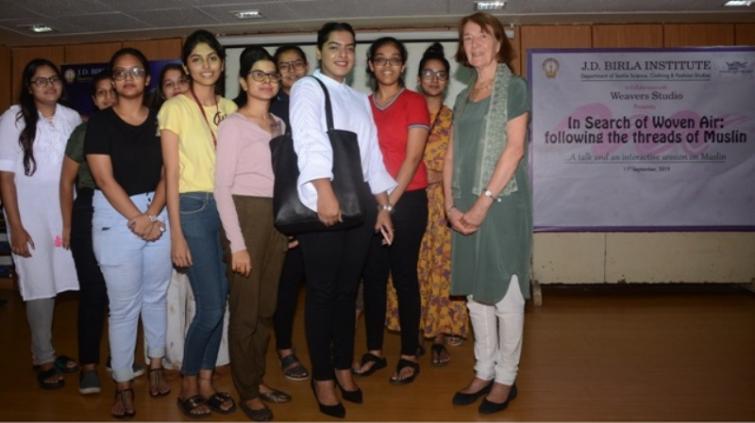 Kolkata, Sept 12 (IBNS) The young generation of Indians should understand the legacy of India’s rich heritage in textiles and rise up to protect the dying traditions and revive the fabled craft of fine muslin, said top design-historian and author Dr Sonia Ashmore while addressing the students of textile science, clothing and fashion studies of J.D.Birla Institute (JDBI) here Wednesday.

This great legacy is gradually getting lost and is mostly done through instinct, eye and experience, she said at the interactive session "In Search of Woven Air: Following the Threads of Muslin", jointly organized by JDBI and Weaver’s Studio.

Dr Ashmore, who specializes in traditional craft of weaving, is famous for her seminal book Muslin published by V&A Books London which is a comprehensive and enlightening account on the history of fabled muslins, from its handwoven origins in Bengal, to its export and manufacturing in British, America and France.

Muslins were the pride of the undivided Bengal and the prized fabrics much sought after by Arabs and Romans alike during the pre independence era. 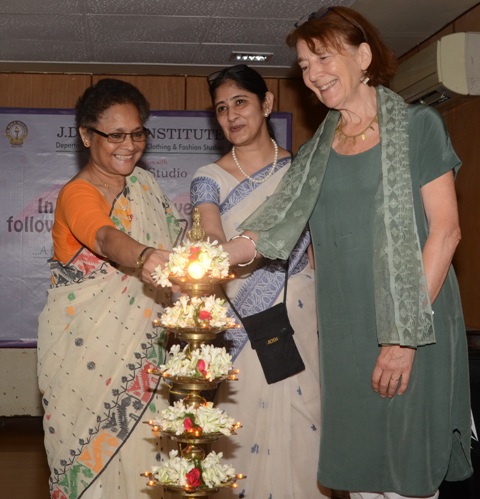 Prof. Deepali Singhee, Principal of J.D. Birla Institute, who has been teaching the subject for over two decades, said: “Dr. Ashmore’s deep insights on muslins in particular shall help our students understand the glorious history associated with the fabric that has also been described to be ‘as thin as air’. Students will greatly benefit from this interaction and will be motivated to pursue careers in the field of traditional textiles.”

Reflecting on the craft of muslin making, Dr Sonia Ashmore said that not much has changed in muslin-making tradition in Bengal and Bangladesh. “One must appreciate the amount of human effort and skills required to manufacture a Jamdani saree. It takes two men and 30 weeks to complete a saree,” she said.

Dr Sonia Ashmore’s tryst with muslin began with opening drawers at the Victoria and Albert Museum, London, - considered to be the world’s largest museum of applied and decorative arts and design housing a permanent collection of over 2.27 million objects. She got valuable material for research on muslin from the “dusty old documents” at the Indian Section of the British Library. She has also extensively toured across Asia and Europe, meeting artisans, weavers and personal collectors of muslin.

“Indians have stopped wearing traditional dress. Also, lack of high-quality yarn and the danger of losing traditional skills and the role of intermediaries are killing this traditional craft of muslin. If an average muslin worker has to work 10 hours a day on producing fabric materials, how can one expect the next generation to take up this profession at an early age,” Dr Sonia Ashmore said.

JDBI, Principal, Deepali Singhee, narrated her experience in Gujarat where she witnessed a 1 metre of muslin cloth fitting into a match box. “I am sure students here at JDBI textile science, clothing and fashion studies would pick up the thread and work on reviving muslin.”

Ms Amita Mitra of Weavers Studio felicitated Dr Ashmore with a memento on the occasion.