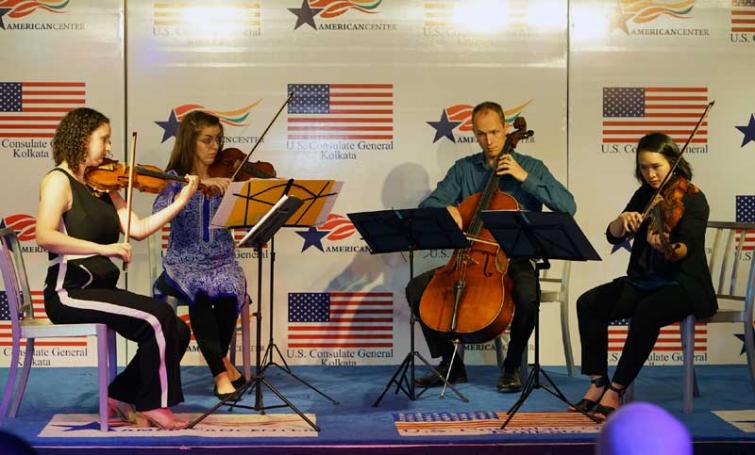 This concert was a collaboration between U.S. Consulate General Kolkata and U.S.-based non-profit organization Musaid.

Using music as a tool for social change, MusAid a global music education non-profit, partners with music organizations that empower and inspire underserved and marginalized youth.

Musicians from the U.S., France, and England performed compositions by the three pillars of the First Viennese School: Haydn, Mozart, and Beethoven.

A brief look at the musicians who performed here: 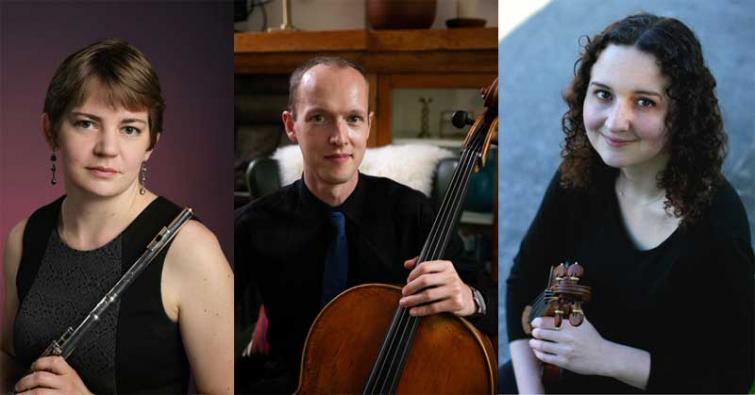 Avery Waite is a graduate of The Juilliard School and Oberlin Conservatory.  An American cellist, he is an active performer and international music education advocate.  Avery has appeared in venues including Carnegie Hall, the Kennedy Center and Alice Tully Hall, and has performed with renowned artists like Itzhak Perlman.  As a globally-connected performer and educator, Avery has collaborated with music programs in Afghanistan, Lebanon, Kenya, Iraq, Turkmenistan, Belize, Antigua, Jamaica, and El Salvador.  In his current role as Executive Director of MusAid, a global music education non-profit, he works to support social justice music projects in countries emerging from poverty and conflict by leading teacher-training and orchestral workshops.  Using music as a tool for social change, MusAid partners with music organizations that empower and inspire underserved and marginalized youth.  Fascinated by the possibilities of cross-cultural musical dialogues, he was a recipient of a 2016-2017 Fulbright Grant to assist and develop music programs and youth orchestras all over India

Sylvia Wehrs is a graduate of Cleveland Institute of Music, with both a Bachelor's in Violin Performance and a Master's degree in Violin Performance and Suzuki Pedagogy.  A fully registered teacher through the Suzuki Association of the Americas, she teaches at the Music Settlement, Laurel School, Thrive Arts Center, and through the Cleveland Orchestra's outreach program Crescendo.  She also maintains a private studio of violin and piano students.  As a performer, she plays regularly throughout the Cleveland area with the Akron Symphony, Citymusic Cleveland, and Cleveland Opera Theater. Ms Wehrs also works internationally, recently teaching and performing in Harare, Zimbabwe, Osorno, Chile, and San Juan, Puerto Rico.  She has participated in the National Repertory Orchestra, Music Inspire Africa, and the Global Leaders Program. 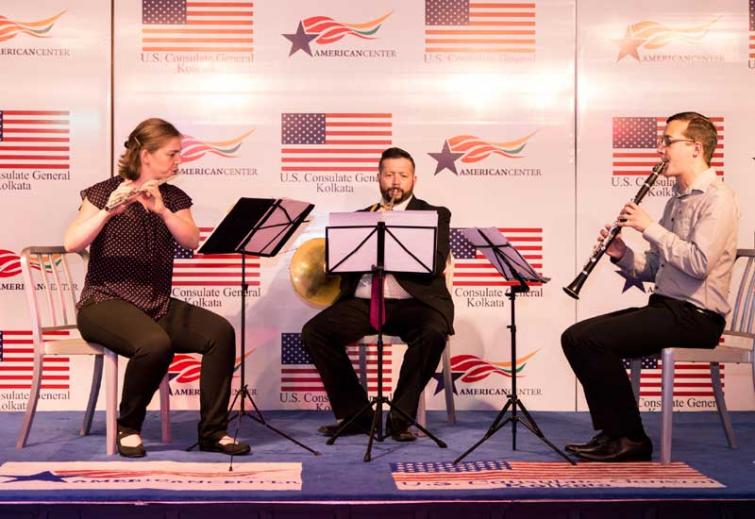 Cassie Lear is based in Seattle, WA, USA, where she performs with Onomatopoeia, a contemporary collective, as well as subbing with other groups.  She maintains a private studio and teaches at Music Center of the Northwest.  Her students have performed in the SFS Horfall Competition in Seattle, won the Williamson 1st Music Competition in Texas, and been admitted to the University of North Texas to study music.  Cassie holds a Bachelor’s degree in Music from the University of Oregon and a Master’s degree in Music from the University of North Texas and has performed at SEAMUS, the International Computer Music Conference, nief norf, SoundSCAPE, and the New York City Electroacoustic Festival, among others. Laura Thompson is a viola substitute with the Milwaukee Symphony Orchestra, and performs with groups including DCINY, Brooklyn Metro Chamber Orchestra, Westchester Philharmonic, and Cayuga Chamber Orchestra.  She commissions and performs new works for violin, trumpet, and live electronics as part of Duo Violete.  She is an active Irish fiddler, and has represented Britain at the All-Ireland Fleadh Cheoil.  Laura holds a Bachelor’s degree in Music from Northwestern University, and a Master’s degree in Music from the Royal College of Music.

Kim Mai Nguyen is originally from France.  She is a Juilliard-trained violist, music educator, and arts advocate. As an artist involved in world citizenship, she has performed as a soloist and taught in the United States, Afghanistan, Belize, France, Guatemala, Iraq, Jamaica, Prague, and Vietnam.  Having recently moved to Portland, Kim Mai plays with the Oregon Symphony since 2016 and the Oregon Bach Festival.  She is an active musician both in Europe and in the United State and has she subbed in the Paris Opera Orchestra, the Opéra Bastille and the Palais Garnier and the French Chamber Orchestra.  She was appointed principal of the Spoleto Festival Orchestra in Charleston, SC and has participated in numerous music festivals such as the Castleton Festival, New York String Seminar, and Tanglewood Music Center.  She has experience working with distinguished conductors including Christoph von Dohnanyi, Bernard Haitink, Lorin Maazel, Kurt Masur, Michael Tilson Thomas, John Williams and Jaap van Zweden. Kim Mai obtained both her Bachelor of Music degree (’11) and Master of Music degree (’13) from the Juilliard School under the guidance of Hsin Yun Huang, Heidi Castleman and Steven Tenenbaum. 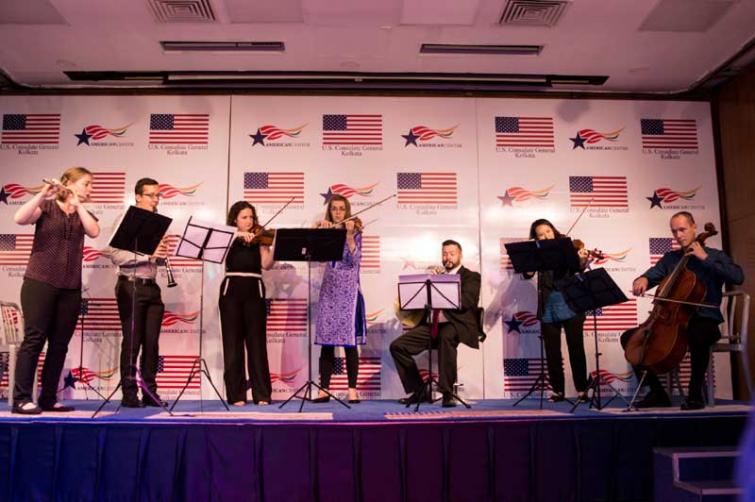 Dr. Robert Fant is a highly sought after teacher, musician, and composer who brings a global perspective to his work.  He is currently the Assistant Professor of Horn at Southwestern Oklahoma State University in Weatherford, Oklahoma. Previous positions include Professor of Horn at MidWestern State University in Texas, teaching (lecturer of horn) positions at the University of North Texas, Trinity College London, Royal Northern College of Music, University of Wisconsin, and the College Conservatory of Music – University of Cincinnati. Robert’s performance in the United States, Asia, South America, and Europe has led to positions in orchestras, recitals, recording, and solo work.  Previously he has held the position of principal horn with the London Mozart Chamber Orchestra, Atlantic Classical Orchestra, Teatro Municipal de Santiago, Guiyang Symphony, and section positions with the Philharmonie der Nationes (Berlin), Auckland Philharmonia, Verbier Orchestra, and the Symphony Orchestra of India.  This work has been in conjunction with playing as guest or extra with orchestras such as The Halle, BBC Philharmonic, National Center for the Performing Arts (Beijing), Taiwan National Symphony, London Philharmonic Orchestra, Hessisches Staatstheater Wiesbaden, Thuringer Symponiker, Saalfeld-Rudolstadt, Staatstheater Hannover, Boston Pops, and San Antonio. 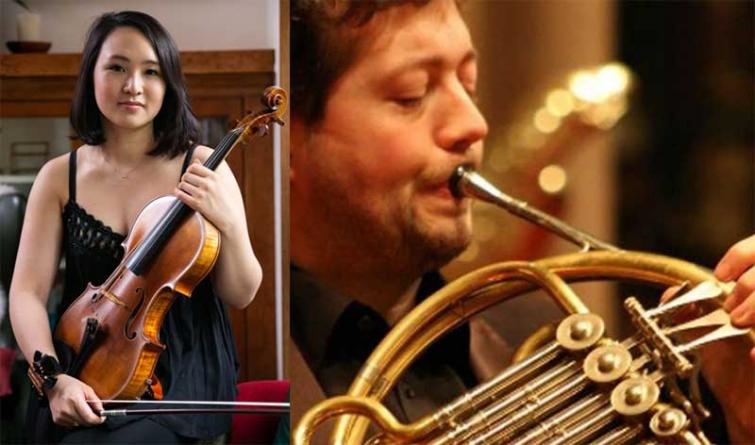