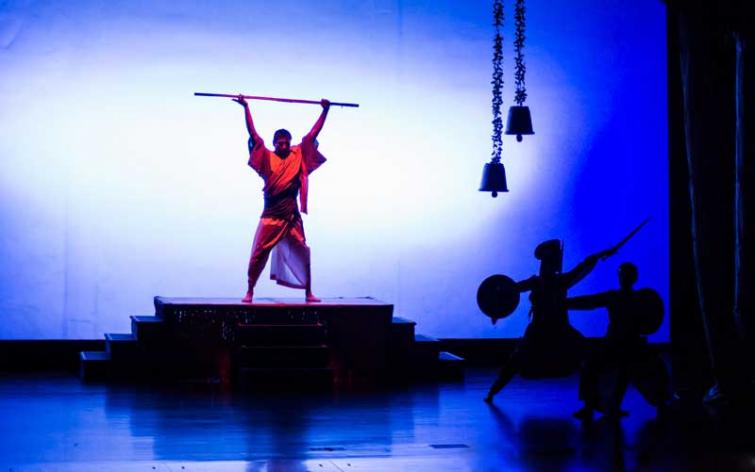 EnActe Arts, co-located in the Silicon Valley and Houston, showcases and serves the South Asian diaspora through theatre. With its roots in the greater Indian subcontinent, EnActe seeks to inspire conversations that lead to greater tolerance. “We are a theatre company with a three-fold mission,” says Vinita Sud Belani, founder and artistic director of the international theatre company. “This includes telling stories that put South Asian stories and culture into a global context and breaking ethnic barriers between communities that live and work together; creating opportunities that help correct the under-representation of South Asians in theatre; and developing talent in all aspects of theatre, including playwrights.”

EnActe predominantly selects plays by young or upcoming South Asian playwrights who write with, in Belani’s words, a ‘diaspora voice.’ “We choose subjects that are of relevance to South Asians taking their place in a global society today. These plays have strong South Asian roles, especially female ones,” she says. “It could be, for example, an Indian-origin playwright born in Kenya now living in Los Angeles, like Shishir Kurup, whose play Merchant on Venice is a brilliant satire on how Hindu-Muslim relations are carried by Indian immigrants into their U.S. lives.” It has 10 Indian roles and two Latino roles.

Or it could be a young Silicon Valley-born playwright like Madhuri Shekar, who went back to India to live for a few years. Two plays of hers have produced by EnActe :  Nice Indian Boy, which is a humorous exposé of what it is like to be Indian, gay and in love with a white guy in Silicon Valley, and Queen, which explores the relationship between a female Indian mathematician and a female Caucasian biologist at University of California, Santa Cruz, as they rush to find the scientific cause behind why bees are dying. “All of them have strong roles for South Asian actors.” 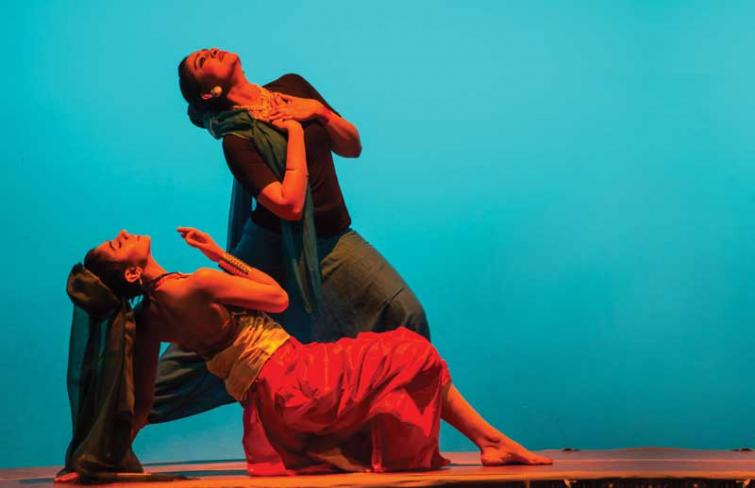 EnActe also commissions works on subjects of interest to South Asian audiences. Lifetime Oscar winner Jean-Claude Carrière wrote and performed a 90-minute storytelling piece for EnActe. In this personal retelling of The Mahabharata, Carrière traces the story’s roots in ancient civilization and discusses its relevance to our times. Indian playwright Feisal Alkazi wrote Noor: Empress of the Mughals on the life of Empress Noor Jahan, as seen through the eyes of a eunuch at the Mughal court. First-time playwrights Salil Singh and Anurag Wadehra of the Bay Area wrote The Parting based on true-life accounts of people who crossed the line dividing India and Pakistan in 1947. “It was a unique, political view of the Partition,” says Belani. “The entire South Asian community came together for this project—donating funds, sharing stories, hosting fundraisers and filling the seats at all our shows.”

“Aspire is our amateur production, Hybrid our training ground for actors more serious about their craft, and Pro takes actors to the point where they are ready for a professional career in acting,” says Belani. “Many of them then become Equity actors and feed into the mainstream talent pool in Los Angeles, New York and other regional theaters.”

EnActe has partnered with 14 dance companies to date, as well as with a wide range of venues, arts organizations and community centers. “Collaboration is built into our DNA,” she says.

Belani was born in Kolkata to an engineer father and a musician mother. She worked with Mother Teresa on her charitable efforts, and developed a love for theatre and debate, as well as mathematics and physics. She also earned an MBA degree from HEC Paris, an international business school in France.

Belani graduated from Birla Institute of Technology and Science, Pilani, with a degree in computer science, and worked around the world for multinational tech companies, including a couple of Silicon Valley start-ups, she says. 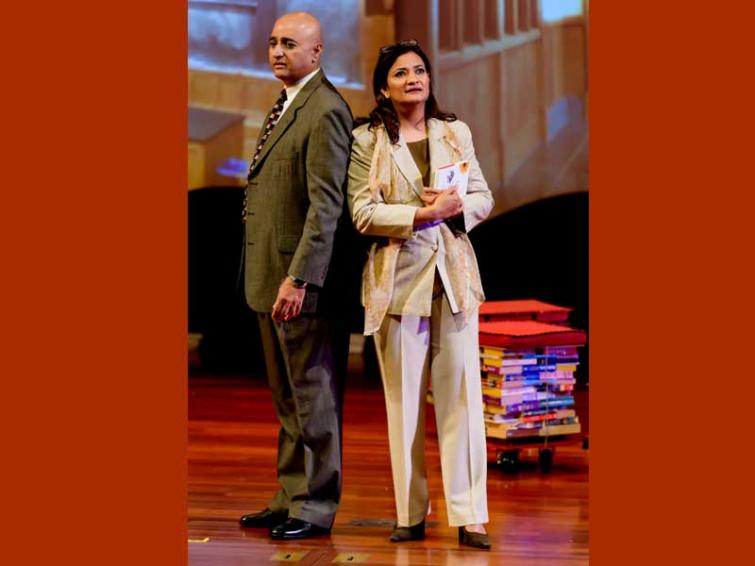 But despite her exciting career in tech and all of the travel she enjoyed, something was missing. “Twenty-plus years of moving across countries and continents, while trying to hold down a job and raise a family of three children, meant that there was not a lot of time for theatre in my thirties and forties,” she says.

But then, a fateful moment arrived for Belani. At a friend’s dinner party in Paris in 2011, she met Carrière. “In conversation, I mentioned to him that I had children now who were the same age as I was when Peter Brook and [Carrière] first produced The Mahabharata ” says Belani. “The production was such a huge watershed moment in Western theatre, making a deeply Eastern story, steeped in four millennia of cultural context, comprehensible to all.”

She suggested to Carrière that perhaps it was time to stage The Mahabharata again. “‘Well,’ he joked, ‘why don’t you start a theatre company and then we could!’ The rest, as they say, is history.” Belani gave up her job, moved back to the US, and founded EnActe, with Brook and Carrière.

Looking ahead, Belani describes how the group is now producing a play called A Widow of No Importance by Shane Sakhrani, on the subject of Indian widows’ right to make their own choices on how to live life. “This will be followed by The Case of the Vanishing Firefish, written by me and Ajay Chowdhury, based on his Ayesha and the Firefish, which showcases an 11-year-old British Indian detective, Ayesha, who saves the world from an environmental disaster,” she says. “We are also presenting a piece called Snake and Ladder by Los Angeles-based Navarasa Dance Theater, which showcases a revival of India’s ancient martial arts form, Kalaripayattu.”