India Blooms News Service | | 24 May 2017, 04:07 pm
#AustraliaReturnsStolenSculprures, # NationalMuseumDelhi, # NationalGalleryofAustralia, #MaheshSharma
New Delhi, Mar 24 (IBNS): Australia handed over three ancient stone sculptures to India which were stolen and smuggled out of India and inadvertently acquired by he National Gallery of Australia, according to media reports.

The exhibition titled “Return of the Three Stone Sculptures from Australia to India” in National Museum, New Delhi, was inaugurated on Tuesday Minister of State (I/C) for Culture and Tourism Dr. Mahesh Sharma

It has been organised to mark the safe return of three stone sculptures (seated Buddha, worshippers of Buddha and Goddess Pratyangira) from Australia to India.

These sculptures were purchased by National Gallery of Australia from the Nancy Wiener, New York in 2007 and Art of the Past, New York, 2005. 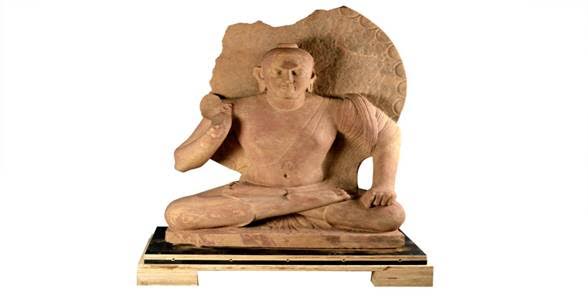 The Union minister had attended a special event at National Gallery of Australia (NGA) in Canberra, Australia in which Senator Mitch Fifield formally handed over the three ancient artefacts.

Earlier, during the visit of Australian Prime Minister to India in September, 2014, the Australian government had also returned sculpture of ‘Dancing Shiva’.