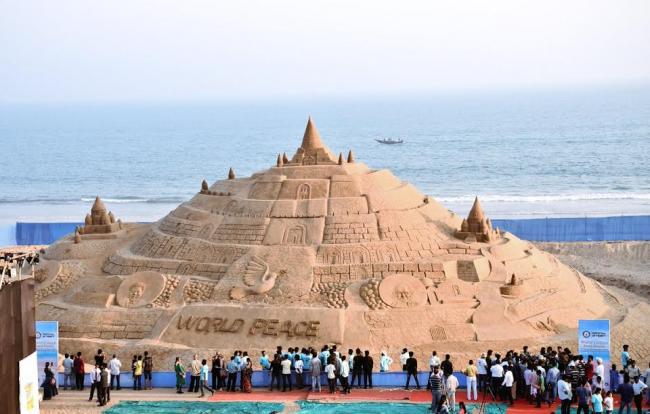 Tweeted artist Pattnaik, "We have created World's tallest Sand castle of 48.8 ft at #Puri Beach,Odisha in india, which is placed in #GuinnessWorldRecord @GWR."

Officials of the Guinness World Records confirmed the feat that Pattnaik's sculpture is now the new tallest sand castle beating an earlier record by a US sand artist, media reported. 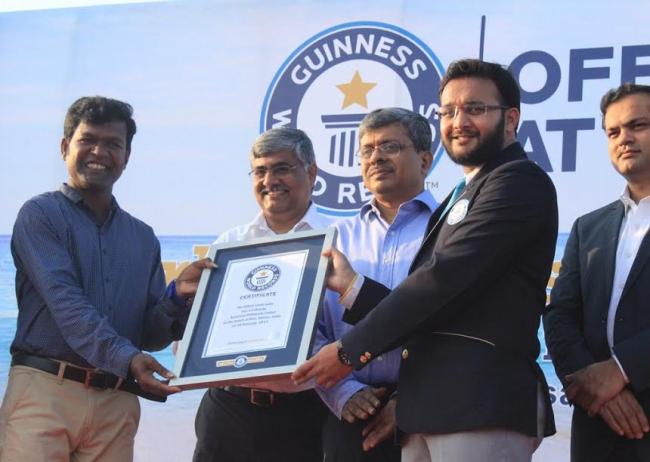 The sand castle, themed on world peace, was built by Sudarsan along with the students of his Sand Art Institute, and featured sculptures of Mahatma Gandhi, Gautama Buddha, and Nelson Mandela.