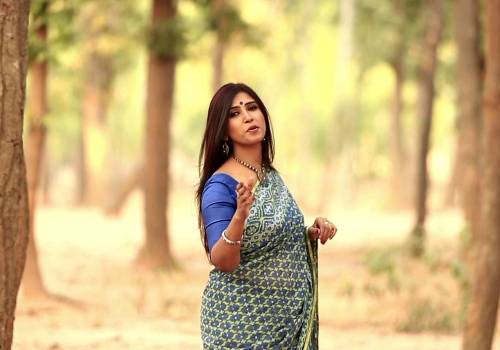 Effort to popularising Tagore's song through music council in Bangladesh

"The apex Rabindrasangeet Sammelan Parishad is involved in spreading the rich tradition of Rabindra Sangeet and popularising among the present generation in each village, small town and district headquarters," Tanjina tells IBNS after the launch of her album 'Tomar Sange' here.

"We have acquired Rabindranath, we have not got him through our ancestral link. He has been part of our struggle for identity," Tanjina, a known name in the neighbouring country having Bangla as the unifying language, explains.
While new forms of instrumentation in conformity with the soundscape of Tagore songs are coming up without stretching things a bit, any attempt to 'tamper' with the gayaki and sur, and swaralipi has always been condemned in the strongest possible terms in Bangladesh, Tanjina says hoping the same may be practiced in West Bengal.
Pointing out there is only one Bengal on both sides of border, Tanjina talks about Kanika Bandyopadhya, Suchitra Mitra, Sagar Sen and Georgeda (Debabtra Biswas) as her favourite singers from Bengal.
The album has songs like - Ami Tomar Sange Bendhechi Amar Praan, Eso Shyamsundar, Ami Chini go Chini and others.
Another Bangladeshi singer Chanchol Khan, whose Kantaban Biharini on Tagore's parodies was launched, said the tracks were culled frrom the famous dance dramsa of the Bard.
Related Images