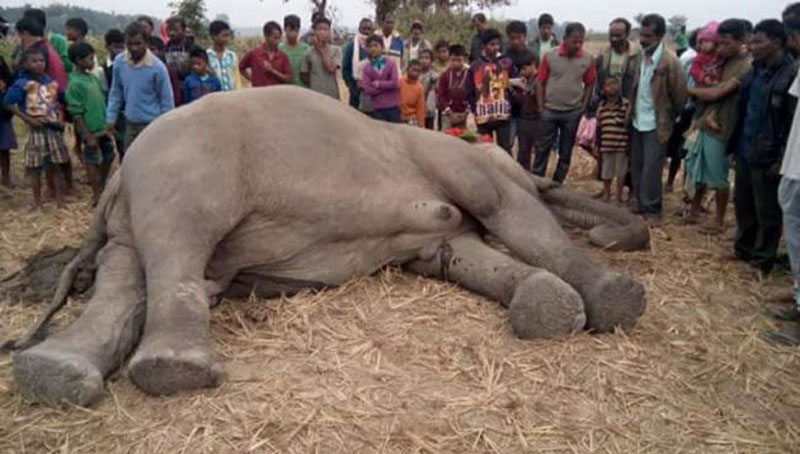 Guwahati: An old adult elephant died in Kumarsali in the Manas National Park in Assam.

Forest personnel of the park disclosed that the aged elephant was under treatment since the past one month.

Two veterinary doctors were treating the animal with utmost care. Tranquilliser permission was accorded by the Forest and Environment Department.

But due to the poor physical condition, oral treatment was administered since the last fortnight. Three domestic elephants were also engaged for the treatment of the elephant.

Despite the best efforts of the forest personnel, the elephant expired on Thursday at around 4.30 pm.

A post mortem conducted by the veterinary doctors in presence of a wildlife warden and media persons found that the elephant was too old, virtually toothless and with severe infected lungs.