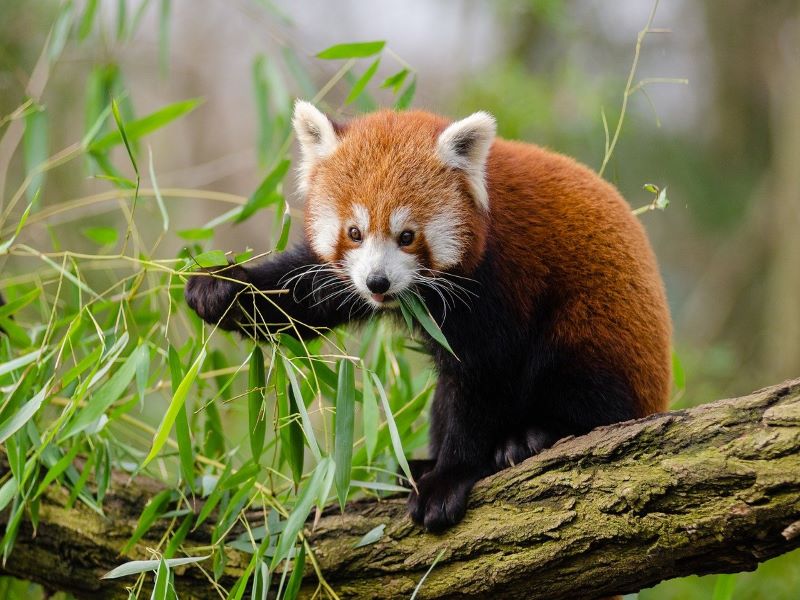 Darjeeling/UNI: With the birth of a red panda in captivity, the number of the highly endangered species rose to 26 in the Padmaja Naidu Himalayan Zoological Park here on Thursday.

The zoo is located neat the Himalayan Mountaineering Institute (HMI) at an elevation of 7000 ft here.

Zoo officials said the birth of a red panda, a carnivorous native of the eastern Himalayas, is rare, especially in captivity.

The elusive animal is listed as endangered on the IUCN Red List because the wild population is estimated at fewer than 10,000 mature individuals and continues to decline due to habitat loss and fragmentation, poaching, and inbreeding depression.

The youngest guest and his mother, Jesse, are both reported to be in good health.

The fifth red panda was born this season at the Darjeeling Zoo, which serves as the co-ordinating zoo for red panda breeding across the country.

Currently, the number of red pandas in Padmaja Naidu Himalayan Zoological Park has risen to 26.

The zookeepers at the Resh Topkeidara Breeding Center at the Padmaja Naidu Himalayan Zoological Park are also happy with the growth of the nearly extinct red panda family.

On July 8, two red pandas were born at the Topkaidara Breeding Center.

Earlier this season, two more red pandas were born at the Darjeeling Zoo.