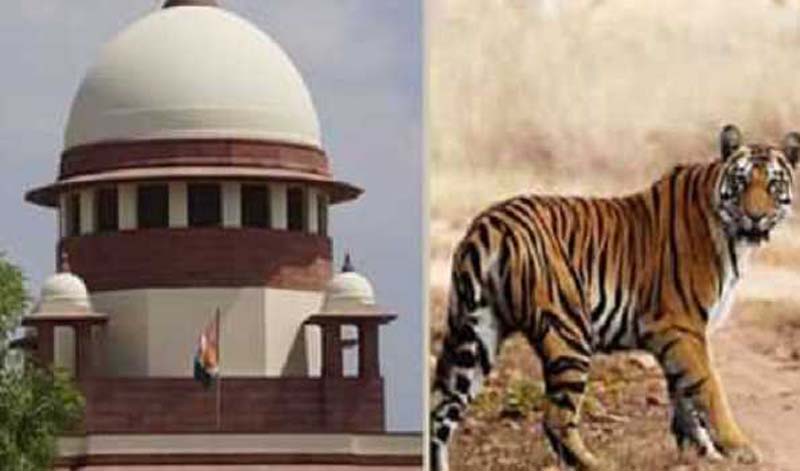 New Delhi/UNI: The Supreme Court on Friday withdrew the contempt plea seeking action against Maharashtra government officials over the killing of Avni, an alleged 'man-eater' tigress in Yavatmal district in 2018.

Apex Court bench headed by Chief Justice SA Bobde and comprising Justices AS Bopanna and V Ramasubramanian, asked the petitioner Sangeeta Dogra, a wildlife enthusiast, to withdraw her plea, after the court was told by the officials that the killing was approved by the top court.

Responding to the notice, they apprised the Apex Court that no ground for contempt was made out, adding that the order to shoot the tigress was approved by the top court’s September 2018 order.

Dogra's plea contended that the tigress was not a man-eater as it was evident from the post-mortem report of the animal.

The petitioner also argued that the forest officials violated the Supreme Court order of September 11, 2018, restraining any kind of celebration over the death of the tigress.

However, the respondents told the court that the celebration was held by villagers and did not involve forest officials.

"The villagers celebrated because they were relieved because tiger won't attack... how can the (forest) officials be responsible?" CJI Bobde noted after asking the petitioner to withdraw her complaint.