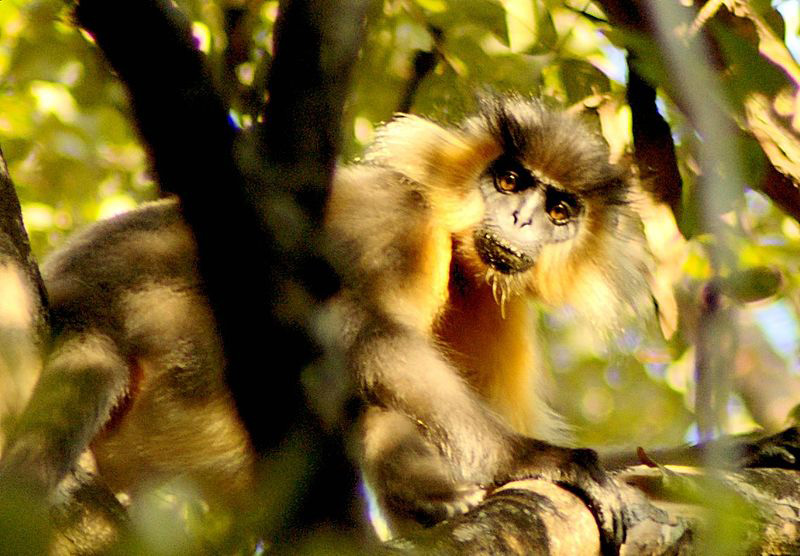 Guwahati/IBNS: Manas Tiger Reserve in Assam has shown the world that doubling tiger numbers is possible, since the historic commitment made by the heads of thirteen tiger range countries in 2010 in The Tiger Summit held at St. Petersburg, Russia.

The Manas Tiger Reserve in the Bodoland Territorial District Areas (BTAD) in Assam within the Transboundary Manas Conservation Area (TraMCA) has surprised all with its tiger number in 2019.

The Manas Tiger reserve had received severe burnt of the decade long ethnopolitical conflict trouble that started in late 1980s continuing until 2003, when the Bodoland Territorial Council (BTC) was formed as a political solution to the Bodo agitation for a separate state.

During the conflict time the park infrastructure was badly damaged in all three ranges except part of the Bansbari Range on the left bank of the River Beki. The whole park was left open due to lack of patrol by forest staff who were harmed by armed miscreants at times.

This led to thinning of populations of almost all species and loss of habitats across due to severe human disturbances. It was around 2005, local community organizations were promoted by park managers and BTC to safeguard the sanctity of the park which showed results over time.

While all the rhinos were poached by the time peace returned, most of the herbivores were killed for meat and tigers were poached and some moved to areas deeper in the Bhutan hills of the adjoining Royal Manas National Park.

However, Manas today has come a long way in conservation of tigers and other animals, which is one of the few Tiger Reserve originally declared as ‘Project Tiger’ by the Government of India in 1972.

The combined efforts of the government, concerned agencies and many NGOs along with the local communities have paid off well and resulted in doubling the number of tigers since 2010.

Today, the Manas NP has an estimated tiger population of 52 as per the study carried out in 2019.

A minimum of 25 adult tigers were captured in all the three ranges of the park, viz. Bhuyanpara, Bansbari and Panbari which had only 10 individuals in 2010. Even exciting is that, study in the First addition of Manas National Park, a newly added 360 sq km tiger habitats resulted in photo capture of three tiger individuals in 2019.  Notably, the continuous scientific monitoring of tigers, prey animals and habitats at Manas as required by the NTCA and the Park Management is led by the Field Director and assisted by Aaranyak and WWF-India and other grassroot level NGOs. Aaranyak and WWF-India have been continuing its support to the Park Management since the beginning of 2010.

A. M. Singh, PCCF & HoFF, Assam Forest Department said, “I am very pleased to observe the cohesion, ownership and partnership of government and non-government entities to bring Manas back to current state. This is not seen anywhere in Assam or elsewhere in the country.”

The government of BTC, State government and National Tiger Conservation Authority has invested significantly in the Manas Tiger Reserve in recent years to improve its infrastructure and law enforcement that has contributed to the recovery of the habitats, prey animals and tigers and other carnivores.

It is worth mentioning that the Tiger Research and Conservation Division of Aaranyak initiated the Manas Tiger Conservation Programme (MTCP) in 2015 that integrated multiple approaches (Livelihoods, Law Enforcement support, Conservation Education and Biological Monitoring) for conservation to improve tiger habitats and support tiger, co-predators and prey population in Manas National Park.

This has been a multi- agency collaborative programme involving the Forest Department (BTC), Park management, Wildlife Conservation Trust and Panthera supported by the Integrated Tiger and Habitat Conservation Programme, a joint initiative of the IUCN-KFW.

Under this programme 1400 households from fringe villages of Manas NP were covered to strengthen their alternative livelihoods skills. Many of these households have reported higher and sustainable annual income in 2019 compared to the baseline year 2015.

The programme along with other interventions from the government agencies has been able to secure and improve habitats in Manas through reduced human activity inside the park that remained poorly protected for a long time during and aftermath of the armed conflict.

Dr. Bibhab Kumar Talukdar, CEO & SG, Aaranyak shared, “Aaranyak has been working in Manas Landscape proactively since 2005 and glad to assist Manas NP authorities over the years to regain the past glory of Manas NP which is a World Heritage site, a Tiger Reserve, a Biosphere Reserve and also Important Bird Area. It is indeed good news that Manas NP in Assam, India and Royal Manas NP in Bhutan jointly received the Conservation excellence award recently which reflect the re-building efforts of Manas NP authorities to further consolidate conservation measures in Manas NP and adjoining areas to secure the future of key species like tiger and also protect the habitat. BTC government too played encouraging role to support Manas NP authorities to strengthen conservation efforts along with Assam Government over the years.”

In addition, the impact of the law enforcement improvement support has found to be significant in the Bhuyanpara Range of the park over the last three years with improved GPS based patrolling and regular skill development efforts for the specialised patrol team ‘Manas Tigers’ as well as the Anti-poaching Camp staff of the range. Given the experiences and success the model of GPS based efficient law enforcement to learn best practices were expanded in the Bansbari Range of the park from January 2019 with effective results till the end of the year.