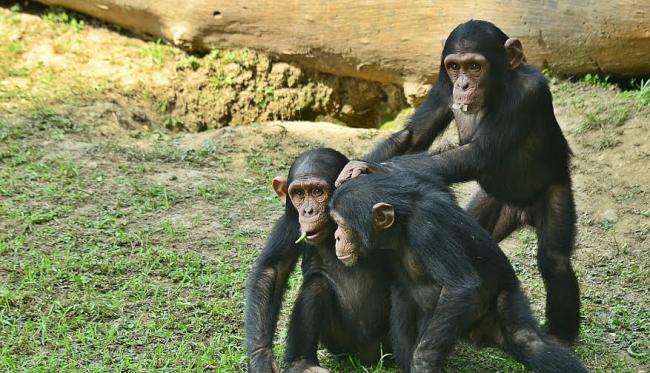 These three baby chimpanzees were rescued by Customs officials from the house of an animal dealer named Shubhradip Guha in Kolkata's Baguiati area on Jan 22 last year.

The trio were being treated in Alipur Zoological Garden's treatment centre from last year.

Alipore Zoo director K L Ghosh told IBNS that the trio (two male and a female) were doing well now after the year long treatment and so have been transferred to the enclosure for public viewing.

"As the honourable court has given us the temporary custody of them, we did not name the trio yet. The trial is on. When the court gives us the permanent custody of the baby chimps, we will give them names," he said.

A team of caretakers led by Rajendar Ram are taking care of them. They are eating fruits like apple, bananas etc. and vegetables like carrot, lettuce, beans etc. But the zoo authority has kept them aside from the elder chimpanzee of Alipore Zoological Garden for security reasons.