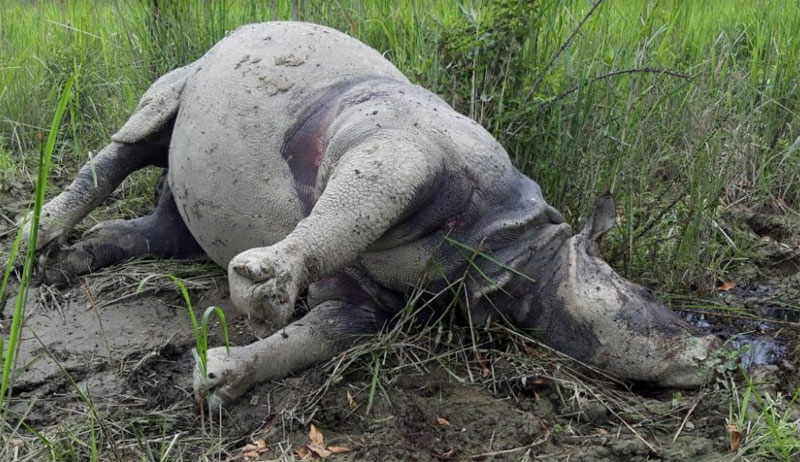 Poachers killed rhino and escaped with horn in Kaziranga

Guwahati/IBNS: Poachers killed a rhino in Assam’s Kaziranga National Park and escaped with its horn.

It is the first killing incident in Kaziranga since floods badly hit the national park in the last three months.

According to the reports, the forest guards deployed in the park had found bullet injuries in the carcass of an adult female rhino inside the park on Saturday.

The carcass was found near Meteka Beel under Gabrai anti-poaching camp of the park.

The forest guards had also recovered six round empty cartridges of .303 rifles from the spot.

An official of Kaziranga National Park said the staff of Gabrai Borbeel tower and Kathanibari camp had heard six rounds of gunshots on Friday evening and the carcass was recovered following the footprints of the poachers.

Forest officials have detained one suspected poacher from the area under Biswanath Wildlife division.

Kaziranga has lost 18 one horned rhinos due to flood this year so far.