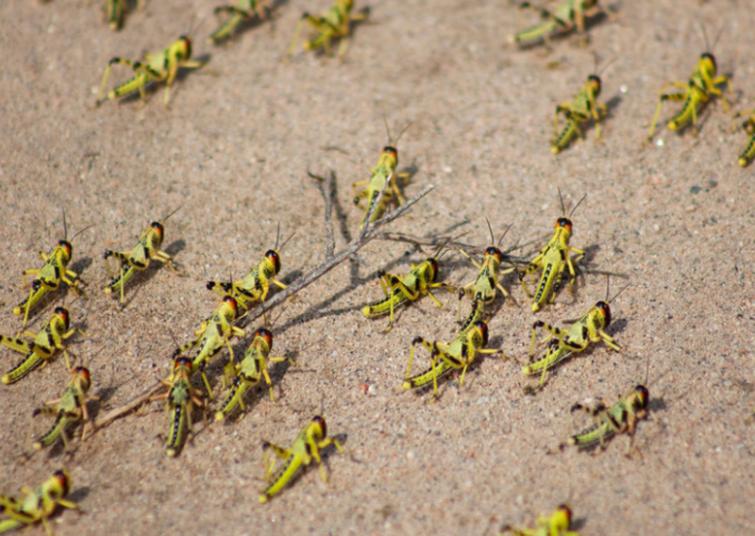 Alwar/UNI:  Farmers here are making frantic efforts to save their crops as the district was hit by swarms of locusts on Friday.

Not just the farmers, but even the city dwellers are facing facing a harrowing time due to the intrusion.

The locusts have spread across various areas of the district including Bansur, Alwar city, the Sariska Tiger reserve forest, Mala khera and Ramgarh.

Numbering in crores, the locusts reached Bansur this morning causing anxiety among the farmers of the area, people are trying to drive out the locusts by beating utensils.

As the swarms made their way into the city, at around 1100 hrs, the citizens hurried to close their doors and windows to prevent them from entering their homes. According to initial information, the locusts have already caused extensive damage to crops.