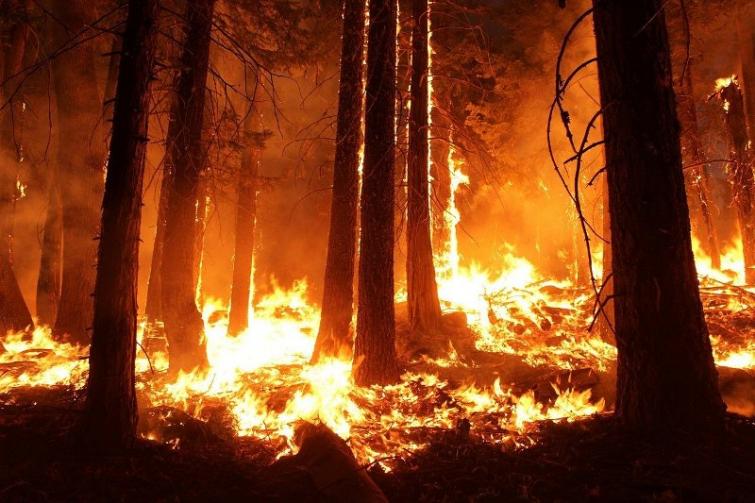 Moscow/UNI: As many as 246 wildfires are raging across Russia engulfing about 1,65,831 hectares of forest land, official data showed on Monday.

The country's far east is worst hit as 41,284 hectares on the Chukotka peninsula have been engulfed in fire, in the Kamchatka peninsula 40,262 hectares while 36,140 hectares of the Magadan region is effected, said Russian Federal Aerial Forest Protection Service as reported by Xinhua.

Wildfires are also blazing in parts of Siberia and Transbaikal territory among other regions.

The firefighting efforts are on involving some 3,340 people, equipment and several aircraft.