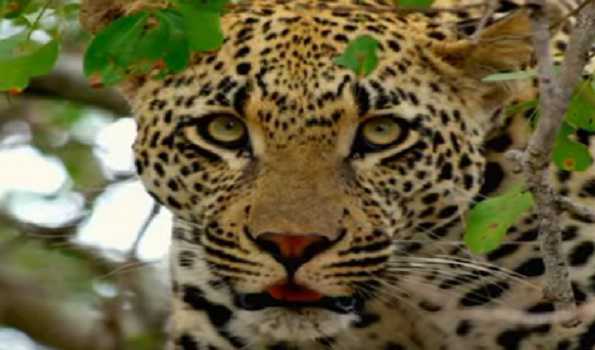 Nashik/UNI: A leopard who entered in onion store sieve was caught in cage laid by forest department at Aadwadi shiver in Sinnar taluka of the district in Maharashtra on Friday midnight.

According to forest department sources said, a farmer Anna Binnar resident in Adwadi shiver in the Sinnar taluka.

The Binner family slept on the settlement as usual.

On Thursday, at 2 PM, a leopard attacked the dogs in the settlement.

When the family woke up to a noise outside the house, they saw a leopard entering the onion field in front of the house. Binner closed the door from outside.

He informed the forest department that leopards came to the settlement at night.

While the forest officials were inspecting the area, a cage was set up near the main gate as the onion hut was closed on all four sides. Forest officials camped in the area all day.

The leopard was finally trapped in a cage around midnight on Friday.

As a result, the forest department and the citizens of the area breathed a sigh of relief. The three-years-old leopard is safe and is kept in the forest park at Mohdari.