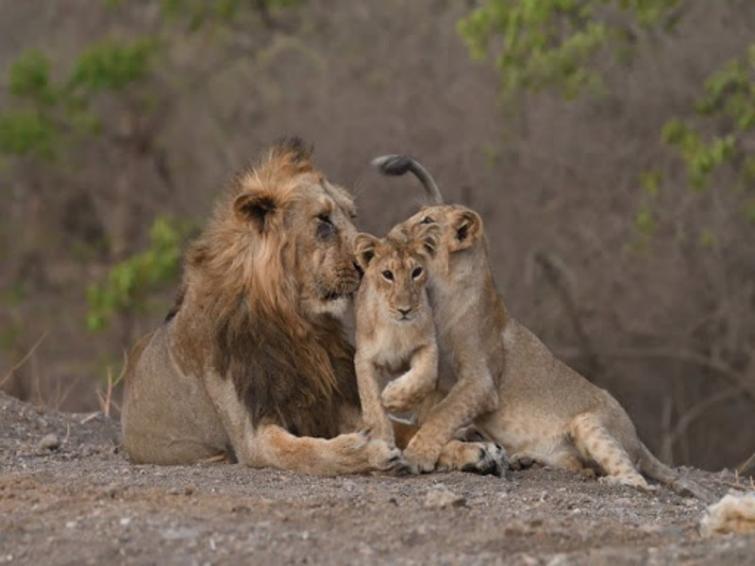 "Population of the majestic Asiatic Lion, living in Gujarat's Gir Forest, is up by almost 29%. Geographically, the distribution area is up by 36%," he wrote in a post shared on social media this evening.

The Gujarat forest department said the population of the Asiatic lions increased to 674, almost 29 per cent, an NDTV report stated.

In his post, the Prime Minister also thanked the people of Gujarat and all others with whose support the species that once faced extinction increased in population.

Population of the majestic Asiatic Lion, living in Gujarat’s Gir Forest, is up by almost 29%.

Geographically, distribution area is up by 36%.

Kudos to the people of Gujarat and all those whose efforts have led to this excellent feat.https://t.co/vUKngxOCa7 pic.twitter.com/TEIT2424vF

"Kudos to the people of Gujarat and all those whose efforts have led to this excellent feat," he wrote and shared four photos of the Gir lions.

According to data released by the Gujarat government, the lion population in Gir forest now stands at an estimated 674 compared to 523 of 2015, said the report cited above.

The population estimation of Asiatic lions is conducted every five years, it added.

The department conducted the estimation exercise on intervening night of June 5 and 6 this year when there was a full moon as the five yearly census could not be carried out this in May last due to coronavirus-induced lockdown.

"Poonam Avlokan (full-moon night estimation exercise)" showed that the population of Asiatic lions increased by 28.87 per cent to 674," Gujarat forest department said in an official statement, adding that this is the highest growth rate recorded so far, the NDTV report stated.