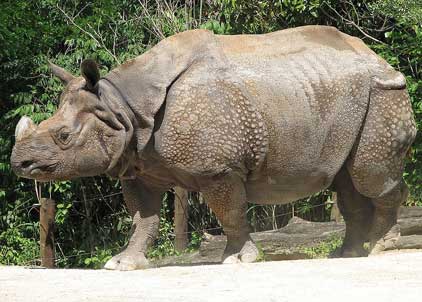 According to reports, the incident took place at Laharia area near Dhing in Nagaon district.

Poachers killed the adult rhino which was stranded at Kaziranga National Park.

Local police said that poachers shopped off its horn and buried the body.

It is the second poaching incident this year while poachers killed at least 35 one horned rhinoceros in the state last year.

Assam has lost more than 400 big animals in last decade.

In a separate incident, poachers killed an elephant at Kilinggaon area under Dolamara reserve forest near Kaziranga on Friday.