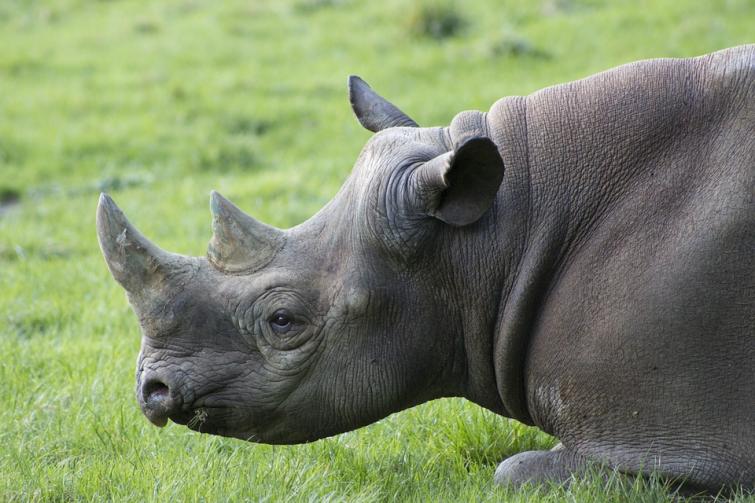 Jakarta/IBNS: Indonesia’s Ministry of Environment and Forestry has announced that the world’s only remaining population of Javan rhinos has increased to 72 individuals in Ujung Kulon National Park (UKNP).

The current count is the result of data collected through the end of September by park officials and represents an increase from 68 individuals reported in the last survey, including 4 new calves. Ten years ago, there were fewer than 50 Javan rhinos in UKNP, but with the park's conservation efforts, the rhino population has been gradually increasing with at least one new calf every year since 2012.

Javan rhinos, one of five rhino species worldwide, are found only in Indonesia’s UKNP where the population appears to have stabilized, largely because they are guarded by Rhino Protection Units (RPUs). There has been no poaching in UKNP in more than 20 years.

“We are excited to see new births taking place in Ujung Kulon,” said CeCe Sieffert, acting executive director of the International Rhino Foundation (IRF). “Surpassing a population number of 70 Javan rhinos is a significant milestone. It is a testament to the commitment of government and park officials to the protection of the Javan rhino and their habitat.”

IRF works closely with local partner Yayasan Badak Indonesia (The Rhino Foundation of Indonesia) or YABI and UKNP staff to create a more suitable habitat for rhinos so their population can continue to grow.

YABI and park staff operate five RPUs in UKNP. RPUs are highly trained, four-person anti-poaching teams that intensively patrol key areas within the national park.  A new marine patrol is currently undergoing training and will begin patrol of the UKNP coastline in January.

“The goal of the RPU program is to prevent the extinction of Javan rhinos and other threatened species and to protect critical habitats in Java through proactive prevention of poaching and habitat destruction,” said Sieffert.

Arenga palm is a fast growing, dominant plant species that naturally occurs in UKNP, but it chokes out other native plant species, including Javan rhinos’ favored food plants. The Arenga palm removal program has been successful in increasing viable Javan rhino habitat, allowing for wider movement of the population, encouraged by the growth of more food plants.

UKNP officials and IRF/YABI have plans to expand the program in 2020 to clear more hectares of the park, increasing habitat for the growing population. Work began this week, with local laborers earning additional income to support their families while taking a more active role in wildlife conservation.

The area was the site of a devastating tsunami that hit the west coast of Java in Indonesia on December 22, 2018, which was triggered by an underwater landslide set off from an eruption of the volcano known as Anak Krakatau. The coastline of UKNP consists of primarily mangrove plants, which act as a natural buffer to storm surges and extreme weather, and no Javan rhinos perished.

Disasters, like tsunamis, risk the loss of a large number of the population, significantly increasing the chances of extinction. The Government of Indonesia is looking to identify a second site where a subset of the Ujung Kulon rhinos could live, thereby reducing the risk of extinction from one catastrophic event.

“The Government of Indonesia and Ujung Kulon National Park remained steadfast in their commitment to saving the Javan Rhino from extinction. Thanks to these efforts, we have hope for Javan rhinos,” said Sieffert. “With continued collaboration with the park, partnered with the ongoing generosity of our partners and donors, we can look forward to reinforced protection from poaching, as well as the expansion of natural habitat that encourage growth of this critically endangered species.”