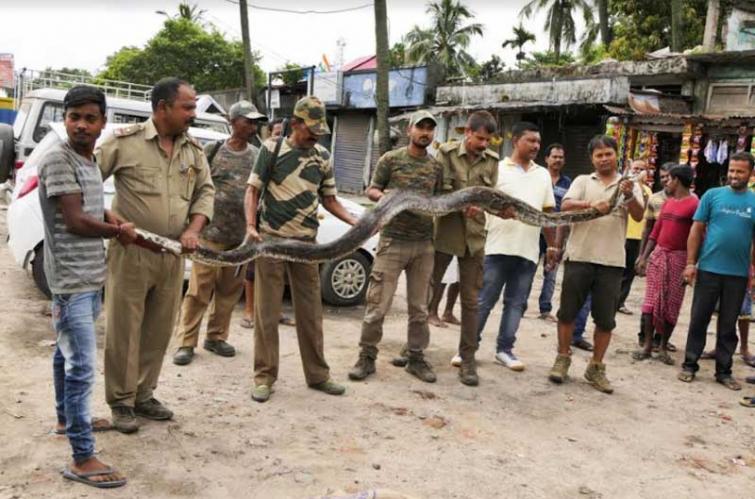 Guwahati: The forest officials and activists of Hatibandhu – an NGO- had rescued a 14-feet long python in Assam’s Nagaon district.

The youth environmentalist and a team of forest department had rushed to the area and rescued the python weighing about 30 kg. 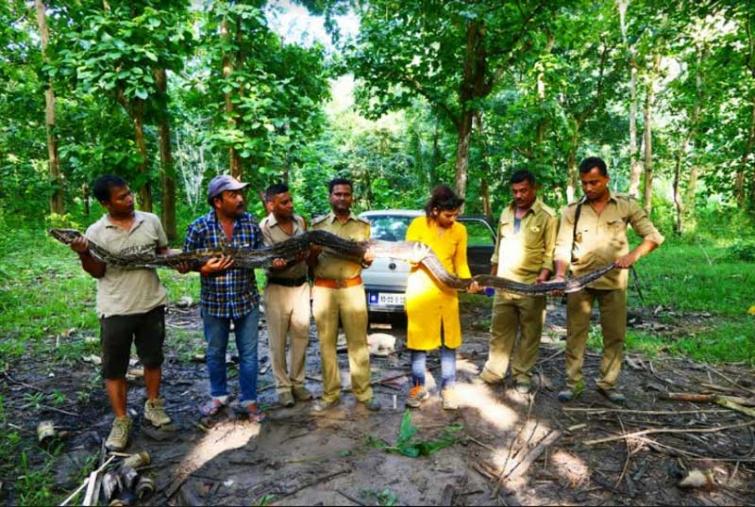 Later the python was released in nearby forest area.