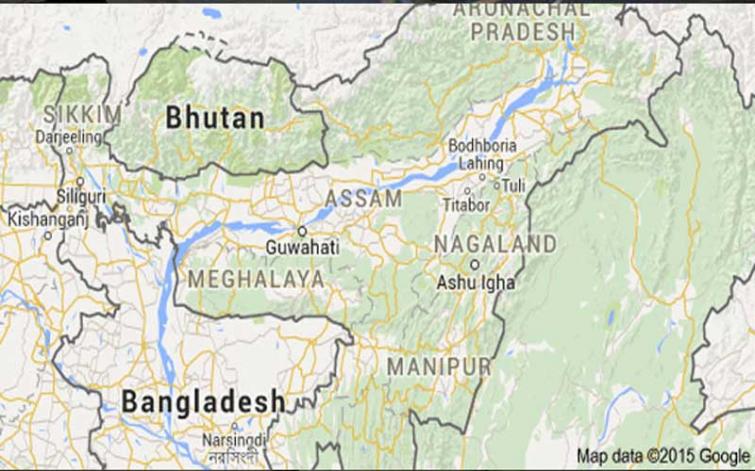 Guwahati, July 15 (IBNS): Around 90 per cent of the Kaziranga National Park and its 158 camps have been submerged by the flood waters,officials said.

Wild animals of the national park have been forced to flee to the neighbouring hills areas.

At least 11 wild animals, including eight hog deer, have died in the devastating flood in Kaziranga this year so far.

Eight hog deer were killed after hit them by vehicles while the wild animals were trying to move the neighbouring hills areas in Karbi Anglong district.

Several animals, including elephants, have been forced to move to the nearby high lands by crossing the National Highway 37, passing through the park after flood waters inundated over 90 per cent areas of the park.

Some animals have gone to the homes of some people residing nearby the park to take shelter.

On the other hand, vehicular movement has been restricted on the NH-37 after flood water submerged several parts of the road in Kaziranga.