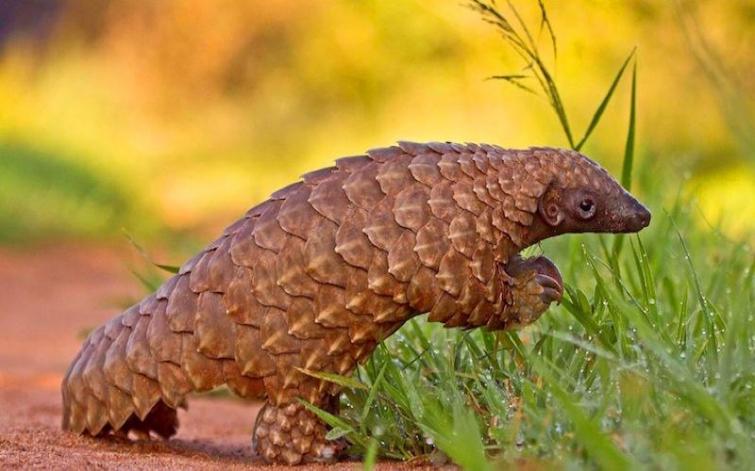 India to be the next hotspot for pangolin poaching: Biologist

Kolkata, Jun 19 (UNI) India could be the next hot spot for Pangolin poachers after African nations, according to Prof Samuel K Wasser, Director Centre for Conservation Biology, University of Washington.

Speaking at a Media Roundtable here at the American Center on Tuesday, Prof Wasser said pangolin trade may have just surpassed international illegal ivory trade and is estimated at USD 4 billion annually.

India, which is home to at least two species of pangolin-- Manis crassicaudata and Chinese Pangolin M. pentadactyla--is going to be the next target of international wildlife criminal organisations as Africa could be soon depleted of pangolins, he opined.

Pangolins, a group of unique African and Asian scaly mammals, are considered to be one of the most heavily trafficked wild mammals in the world. They are hunted and traded for their meat, scales, and other body parts, and used as traditional medicines in parts of Africa and Asia.

The biologist said there is very little awareness about this shy animal, which is also the most trafficked animal in the world, mainly for its scales that are believed to cure "anything from acne to cancer" in Southeast Asian countries.

Dr Wasser and his team has been collecting pangolin scats for DNA mapping in Vietnam and Nepal with the help of sniffer dogs and the DNA so extracted is added to the pangolin genetics map.

Similarly, he aims to create a DNA reference map for the pangolin species in India by extracting DNA from pangolin scats.

Talks are also on to develop a pangolin DNA laboratory at the Wildlife Institute of India (WII) in Dehradun, where DNA extraction will be done from pangolin scats, he said.

"As pangolins are solitary creatures, they are not usually visible, until you really look for them," he said, and added that he is looking to deploy sniffer dogs in India, too, to track pangolin dung.

"DNA reference map is used in cross-referencing the DNA from the seizure, which helps in identifying the poaching hotspots.This will enable enforcement agencies to crackdown on poachers,"he explained. 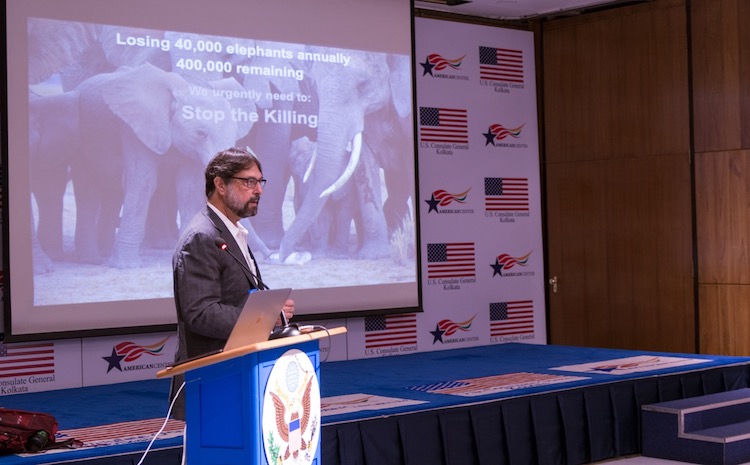 "There are still a lot of pangolins in India, but if we remain oblivious about their whereabouts, they will vanish even before we know," Dr Wasser stated.

He said India has been successfully able to clamp down on tiger poachers, but certain entities continue to play a major role in moving illegal wildlife products from Africa to east Southeast Asian countries.

"These products don't come to India, but their movement is expedited from India,"he stated.

"They are not really committing this crime in India, but, nevertheless, playing a major role in it,"he said, and added that awareness in this direction would help find ways of arresting the activity.

Prof. Wasser said traditionally India has never been a prominent ivory market. However, Indian elephants now stand at risk, after, recently, the poachers started targetting the giant mammals in Myanmar for their skin for making prayer beads.

"This puts at risk Indian elephants of all ages along with their African relatives. The wildlife traffickers expand their business by generating new demands and spreading rumours about magical cures,"he said.

"Earlier, rhino horn was used as dagger handle, mainly in Yemen, which was a small market. So, someone spread the rumour about it being a great aphrodisiac. That picked up the market.
"However, the prices shot to USD 60,000 a kilo, when it was promoted as a cancer cure in Vietnam,"he stated.

"For the same reason Pangolins are poached massively," he pointed out.

"Initially, the mammal was being traded as meat delicacy in southeast Asia, specially Vietnam , but gradually the market diminished. And, it was then hugely promoted as a cure for variety of diseases, mainly rheumatism,"he said.

"While India has done an unprecedented job in tiger conservation, I think complacency may cost dearly, if enough is not done to safeguard the pangolins here,"he added.