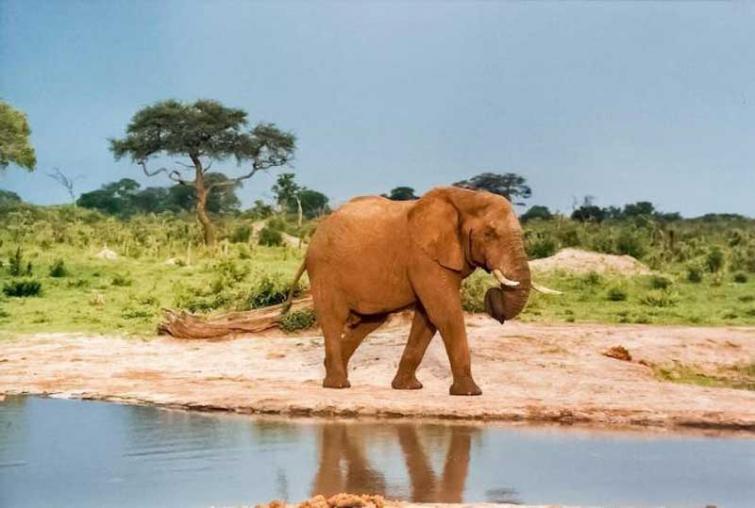 Kohima, Apr 10 (UNI) A day after the volunteers Green-Succession of Nagaland State (Green-SONS), a conservation group from Wokha district and youths of Sanis town rescued an elephant calf, two wild adult elephants were found electrocuted in Sanis area of the district yesterday.

Addressing a press conference at Dimapur, Chairman Jess Murry and vice-chairman Z James Kikon of Green-SONS sought immediate intervention of authorities concerned as the power lines had become a threat not just to elephants, but also humans.

Murry said even the villagers were apprehensive about walking into the forest because of the power lines. He alleged that the North Eastern Electric Power Corporation Limited (NEEPCO) has not heeded previous appeals to take corrective measures seriously. He said Green-SONS would soon submit a memorandum to NEEPCO and set a 15-day deadline to rectify the problem, failing which he threatened to initiate a movement with support from locals.

Expressing concern for the animals, he said elephants and humans in the area had co-existed since time immemorial and stressed that lives of both have to be kept safe.

Four elephants have died of electrocution in a span six months in Wokha district. Two pachyderms previously got electrocuted at the same place on October 24 last year.

Meanwhile, in a release the Nagaland Department of Forests, Ecology, Environment and Wildlife said it has waited this long to take legal action in the human-made problem that has led to the death of these elephants.. The deaths include that of a nursing mother and a calf, who were electrocuted on April 8 by a sagging high tension electric cable (220/132 KV) in Sanis, a known elephant corridor in Wokha district.

In a press release the Wildlife Warden (WW) in Wildlife Division of Dimapur H Tokaho Kinimi said “The height of the high tension electric cable/lines (220/132 KV) is only 10 to 12 feet from the ground and had it been rectified, such an unfortunate recurrence of elephant death would not have taken place. This negligence amounts to violation of the Wildlife Protection Act, 1972 for which legal action will be initiated as per the law.”