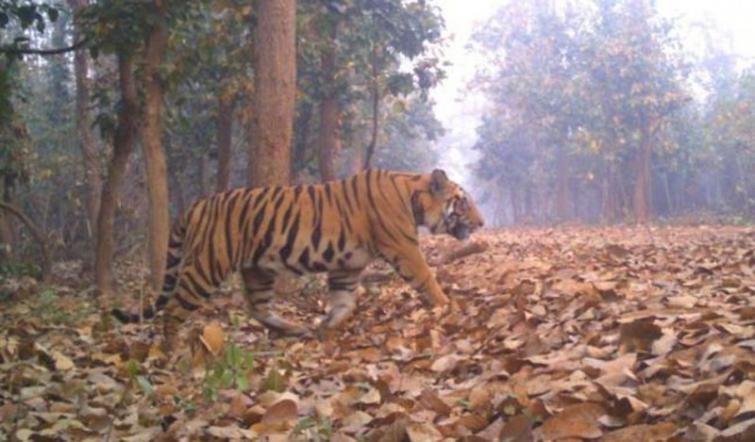 Guwahati, Mar 27 (IBNS): A Royal Bengal Tiger strayed out of the Orang National Park in Assam and created panic in the nearby villages.

According to the reports, the tiger strayed out of the national park few days back.

Some locals on Wednesday spotted the tiger in a paddy field that is located close to a village where lot of people stay.

The forest department and park authorities are engaged to trap the tiger.

It is to be mentioned that, a Royal Bengal Tigress, that strayed out of the park 16 months back is still mysteriously disappearance.

The 78.81 sq km Orang is a tiger reserve as well as one-horned rhino habitat.