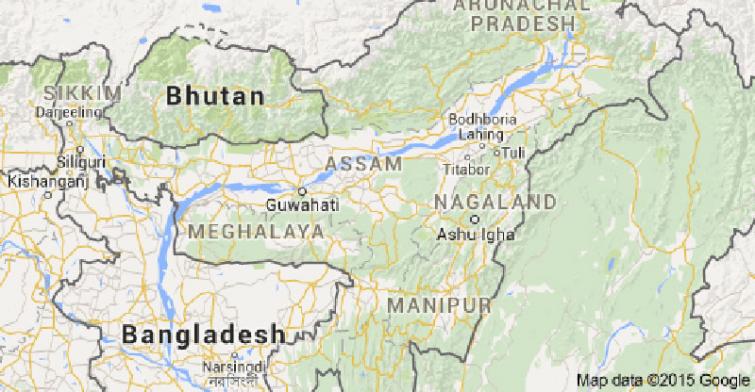 According to the reports, some people spotted the python ii a paddy field at Genehi village area caught it.

Later, the villagers handed over the python to local forest officials.