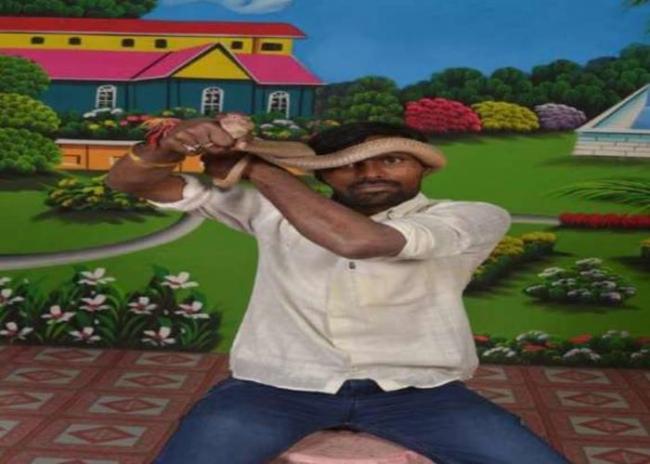 Patna, Dec 26 (The Bihar Post/IBNS): The bizarre obsession to play with a deadly snakes and then get photographed with the reptiles has ultimately cost the life of a youth in Bihar.

As per the report, the youth identified as Ratnesh Chandra, a resident of Sitamarhi district, caught a cobra on Monday and then began playing with it in a bid to show the villagers that he doesn’t fear even deadly snakes.

After sometime, he visited a local studio with the snake in hand and asked the owner to shoot him with the snake but the latter refused. Ultimately, the studio owner had to give in before his stubbornness.

Job done, he was back home but he again began playing with the cobra despite being warned by his family members. At one point of time, he even threatened to throw the snake at them if they gave more such advises.

Some time later, he put the cobra in a bamboo box and went to sleep. As ill luck would have it, the snake came out of the box after some time and bit him, leaving him numb.

He was soon rushed to a local hospital where he was declared having brought dead.

Image from The Bihar Post website caption: The youth in action at a local studio in Sitamarhi district on Monday